by Sara Elliott
Prev NEXT
6 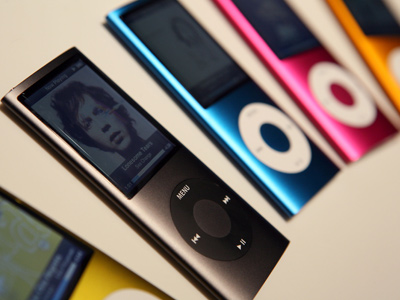 Recorded sound has gone through some major changes since its inception.
Justin Sullivan/Getty Images

Your MP3 player is a portable music machine that's small enough to fit in your pocket. It can store thousands of songs and play them back on command. You may define your mood by the music you listen to throughout the day and change your choices with a simple click.

Music clearly speaks to something deep in the human consciousness, and wherever we go, we take our music with us. Imagine a world in which there was no way to record sound. The only music would be live, created for the moment and then gone forever.

Although there were primitive attempts to reproduce sound as far back as 1500 B.C., it wasn't until the development of the phonograph in 1877 that we begin to see big developments in the science of recorded sound. The phonograph was the brainchild of Thomas Edison and used recording technology created by the French inventor, Leon Scott, a couple of decades earlier [source: Time Magazine].

­Edison's phonograph used a foil wrapped cylinder and stylus to record sound waves and play them back, something Scott's machine failed to do. Other inventors worked to improve his initial design, particularly the sound quality, including Alexander Graham Bell, who took out a patent on the phonograph in 1885 [source: Castleden].

Your MP3 player uses a hard disc and sophisticated compressed files to store music. MP3 recording software evaluates the sounds relative to the range of human hearing, the times a sound is repeated, and the overlapping sound pitch to compress files efficiently. Digital recordings use equally complex methods of recording sound using binary code. Whatever the method, if you're listening to recorded music, the process all started with a scratchy rendition of "Mary Had a Little Lamb" recited by Edison himself onto a piece of tin foil.

Want some pictures with your sound? Take a look at the next section where we'll discuss the next appliance you can't live without, TV.

Those old vinyl records may have advantages over digital media. Where vinyl is an analog recording, closely copying the original sound wave, digital media takes a series of sound snapshots and puts them together. In the process, certain types of sound can be lost in the minute gaps between digital signals. If you think that drum solo is missing something when you listen to it in digital format, you're probably right.