by Nathan Chandler
Prev NEXT
3

O.J. Simpson tries on the gloves found at the crime scene and his home before the jury and the court on June 15, 1995. ©SAM MIRCOVICH/X90064/Reuters/Corbis

It began with a slow-motion police chase and a white Ford Bronco winding through the streets of Los Angeles, Calif. Then it segued into the most-publicized murder trial ever. It all ended with an acquittal ... and a free O.J. Simpson walking the streets and basking in the spotlight of his (rather sullied) fame. And along the way, Americans and the rest of the world got to know, in excruciating detail, all about Mr. Simpson's bloody glove.

In June 1994, Simpson's ex-wife Nicole Brown Simpson and her friend Ronald Goldman were murdered outside her home in L.A. Evidence at the scene led police to suspect that Simpson was to blame for the horrible crime. A pair of dark leather gloves turned out to be important evidence. One glove was found at the murder scene. The second glove? Found near Simpson's house, soaked in blood.

DNA testing showed that the gloves were stained with blood from Simpson, Brown and Goldman. During the trial, defense attorneys famously told Simpson to try on the gloves, which didn't fit. Prosecutors countered by saying that the gloves had been soaked in blood and then frozen and thawed multiple times, shrinking them.

But the damage had been already done. The too-small gloves made an impression that the prosecution couldn't overcome, and Simpson was acquitted of the murders, even though several jurors (and millions of spectators) later said they were sure Simpson was guilty. 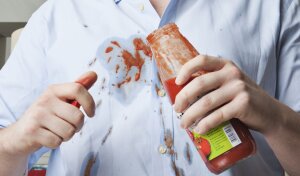 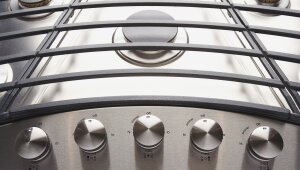