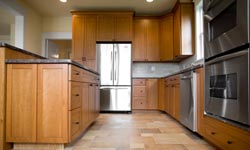 In past few years, French door fridges have taken off in popularity, thanks to sleek style and functionality.
David Sacks/Lifesize/Getty Images

We've come a long way since the days of burying food in the snow to keep it cold, or having ice delivered in horse-drawn carts just to make meat last a few extra days. Even the "iceboxes" of the late 19th and early 20th centuries are a far cry from the convenient, gadget-loaded, sleek-looking cooling units you'll find in most modern homes.

Refrigerators started to evolve from just a box to store ice and food to mechanical fridges with built-in cooling units around 1915. After that there was no stopping the trend: By 1920 there were more than 200 models on the market, and we haven't looked back since.

Do you hate bending down to find things in crisper drawers way at the bottom of the fridge? And do you sometimes forget what is in there because you can't easily see into it (resulting in some questionably "fuzzy" food)? Not with a French door refrigerator: The crisper drawer's high enough for you to reach in and see into it easily, so you don't have to bend over.

The crisper's not the only great feature. The design and layout of this fridge style is one of the most convenient. The refrigerator is on top, which puts frequently used items at a reachable height. And unlike traditional fridge-freezer combos, the freezer on this model is set up as a drawer on the bottom, keeping less frequently used frozen items out of the way. And if you think about it, it makes a lot of sense: Who needs the freezer at eye-level anyway?

Most French door fridges on the market have a single freezer drawer on the bottom so you can peer down from above, but some actually have multiple freezer drawers, which makes it easier to access everything. Some models even come with a middle drawer that you can adjust the temperature on to make it a fridge or a freezer, depending on your needs.

No, that's not an optical illusion -- it's just the extra walking space you'll get when you have a French door refrigerator gracing your kitchen. The double-door design uses one of the best features of a side-by-side model: narrow doors that don't swing as far into the kitchen as a full-width door, leaving more space in front to move about. That'll come in handy when your kitchen's crowded during a house-warming (or even a "come check out my new fridge" party). It's also great for small kitchens or kitchens with an island, because getting a snack won't block the traffic flow.

The best part is that even though the doors take up less room, you're not sacrificing any refrigeration space; it's still a full-sized fridge. And an added bonus of the double doors is that they're not as heavy as the single door (especially after you've loaded it up with milk cartons and bottles of soda).

How much do they cost?

Though French door fridges have come down in price in recent years, they can still be expensive, especially if you want all the bells and whistles. The price of most models hovers between $1,400 and $2,000, but the price can jump several thousand dollars if you want all the extras, like cabinet-front doors or the extra large size.

We know, you're conscious of your environmental footprint, but you still want appliances that are gorgeous and functional. Well, you're in luck -- the French door fridge does have an energy-saving benefit, and it looks pretty darn good too.

Think about it: Every time you open the refrigerator you're letting out a gust of cold air, and the fridge uses a lot of energy to get back to the right temperature once the door shuts again. With a French door model, you're only opening half of the fridge at a time, keeping more cold air inside. And if you buy a model with a middle drawer, you can store frequently used items -- like fruits, veggies or snacks -- in a place that lets even less cold air out when you open it. 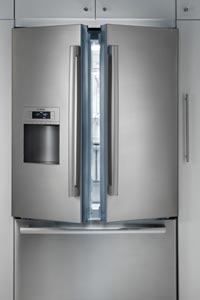 This stylish French door fridge has a special lining in its crisper area that automatically adjusts to keep produce fresher longer.
Bosch

If there's such a thing as an "it" appliance, the French door refrigerator is the "it" fridge these days. Just turn on the TV and take in a few home decorating or cooking shows, or open a magazine and check out the articles and ads, and you'll see this model popping up all over the place. The style started taking off in 2005. That's because it looks great and is unbelievably functional. French door fridges are also a subtle way of giving your kitchen that sleek, industrial look -- you know, the one that says "I cook like Gordon Ramsay on a nightly basis."

And talk about add-ons: A few of the options you can get on a French door fridge include external digital temperature controls, door bins, a door alarm, LED lighting, a serving drawer and an in-door TV (so you can watch "Cake Boss" while you bake your own masterpiece).

One of the most frustrating things about any fridge model is not being able to fit the things you need to store. You can't exactly fit a large box of leftover pizza in a side-by-side refrigerator because you only have half the width of the unit to use. And models with swinging door freezers aren't great for stacking boxes and bags of frozen veggies because they tend to topple. But what the French door refrigerator does well is give you lots of options.

Even though the refrigerator section has side-by-side doors, the inside is one, vast, connected space. So you still have access to the full width of the fridge for storing big items like that cookieâ€¦um, we mean veggieâ€¦platter. Plus, with adjustable shelving and drawers that can be rearranged, you're unlikely to be lacking fridge space any time soon.

Most of the freezers are also deep and have multiple levels, with sliding drawers or baskets, so you can put the items used most frequently on top (like bacon) and the less frequently used items on bottom (like that slice of wedding cake you're saving for your anniversary). Plus, since it's a drawer, you can stack frozen food without worrying about it raining down on top of you every time you open the door. 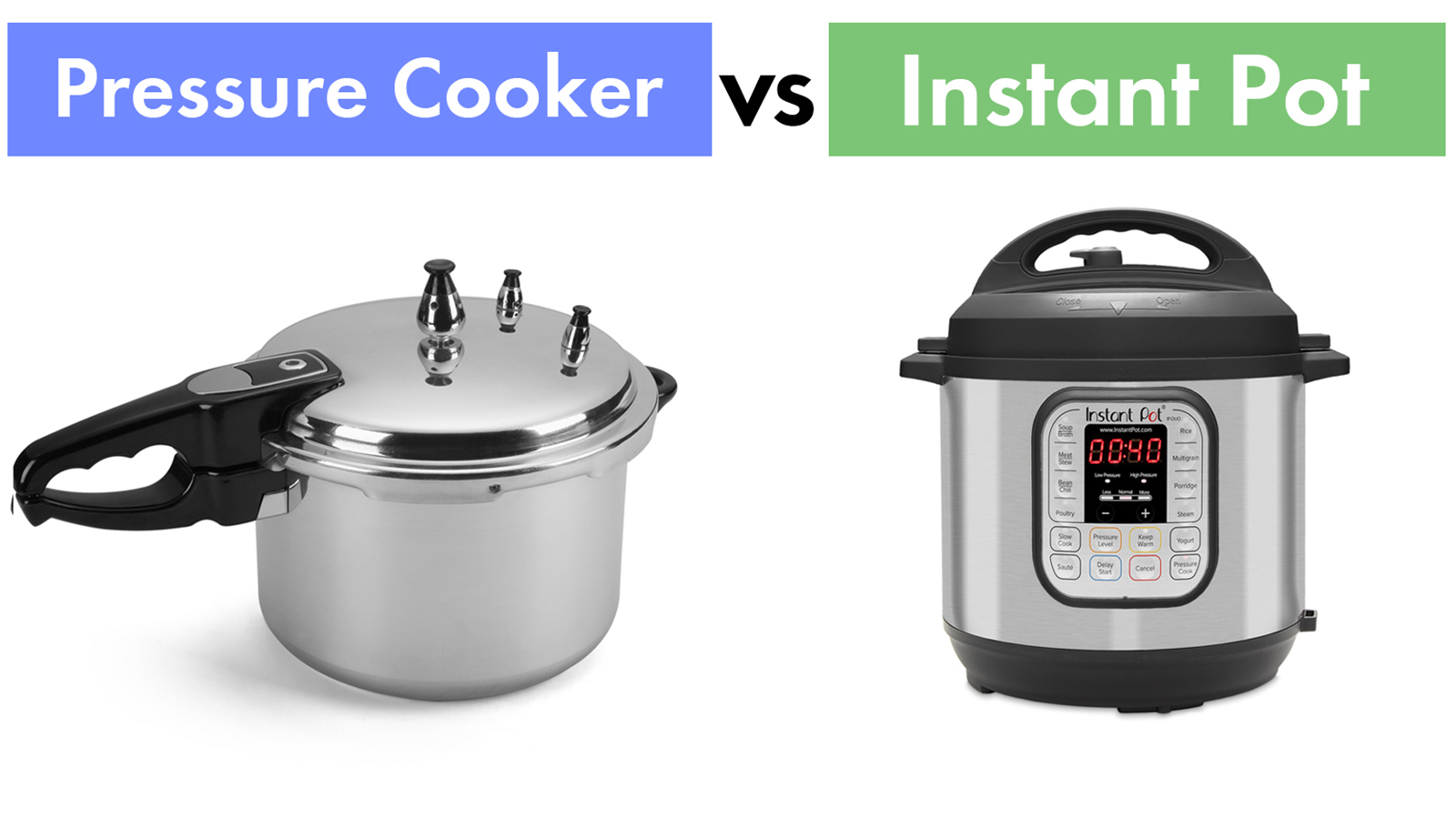