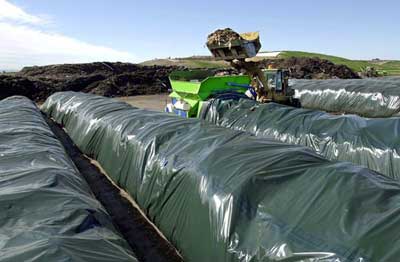 Is there a color on the planet more popular than green right now? It seems the color is popping up in new ways every day, like green-collar jobs and green design. As more people clamber onto the emerald bandwagon, they're increasingly exploring innovative ways to perform everyday tasks with environmentally sound strategies.

It doesn't stop there though. Many people are also looking to the tried and true methods of Earth-friendly living, examining ways to bring well-known eco-staples to a greater number of people. Composting is one such staple. Composting involves decomposing food scraps and other organic waste, like cardboard rolls and cotton rags, into a useful, rich substance called mature compost (also known as humus) which can be used as fertilizer. For a more detailed explanation of composting, read How Composting Works.

Composting may have its roots in backyard piles of mowed grass and musty leaves or leftovers from dinner, but nowadays the game has changed. Entire cities are engaging in massive composting efforts, but one city in particular is leading the rest -- and by a fairly impressive margin. Before we invite that proud city into the winner's circle, let's examine how large-scale, commercial composting operations work.

The U.S. composting industry, which almost quadrupled in size between 1988 and 2000, continues to expand [source: EPA]. Hardly resembling your father's backyard operation, these facilities receive tons of waste each day. Through a process that involves keeping air, moisture and composition at optimum levels for efficient decomposition, facilities can achieve the end result in as fast as a couple of weeks or, at most, a few months.

Modern composting facilities grind up biodegradable waste into the desired texture and stuff it into long plastic or fabric tubes, like the ones pictured above. While in the tubes, the compost is aerated, its moisture levels are monitored and the temperature is kept nice and toasty. These actions help the microorganisms that carry out the decomposition process flourish.

Why go to all that trouble? Composting benefits the environment in a number of ways, beyond relieving some of the pressure on our ever-increasing landfills. Composting can remediate contaminated soil by binding or degrading some harmful pollutants. Also, the compost is valuable as a product in and of itself. Compost can enrich nutrient-deprived soil and is useful as fertilizer.

As the lights go dim and the finalists step forward, only one city will take the crown. Continue to the next page for the grand announcement of which U.S. city composts the most waste. 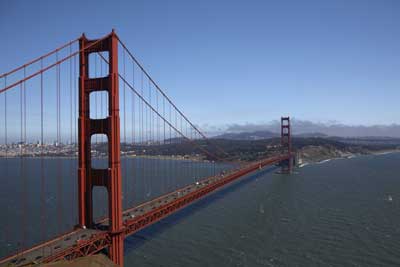 Now that we've learned about one city's efforts to change the way their citizens look at a garbage can, follow the links on the next page to read about related information.