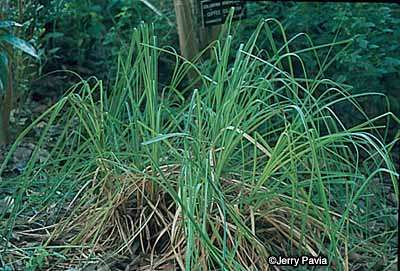 Dwarf papyrus grows excellently in water gardens but can also be planted in tubs.

Dwarf papyrus is derived from the giant papyrus. As its name indicates, it's a smaller version, but its stems are still strong. These plants can be invasive.

The genus Cyperus comprises a group of handsome, water-loving sedges, many of which are wonderful additions to aquatic garden features. The dwarf papyrus produces green, moplike heads on sturdy stalks that reach 1-2 feet above the water.

Want to know more about garden plants? Check these out: