Your sinuses (hello, pollen!) aren't the only things confused by unseasonably warm winters. February isn't even over and already many trees and shrubs are showing buds that shouldn't be appearing until much closer to official flip-flop season. This phenomenon leaves many people wondering what that means for their plants and trees long-term.

In 2017, Gibbs Gardens, a botanical garden in Ball Ground, Georgia, opened three weeks earlier than their normal schedule of March 1 as millions of their daffodils were already blooming in February. Is that a bad thing? "I think the plants will be fine, but what it will do is if something [else] is in full bud, for example an azalea, if we get a hard freeze the buds or open blooms will be frozen," said Gibbs Gardens horticulturist Erica Glasener.

And that is the real problem — not so much that the weather turns warm early, but that it is likely to grow cold again — and suddenly.

"The buds of spring flowers and trees have harden periods that are consistent with slow and steady weather changes," explained horticulture and plants expert Gena Lorraine of London-based landscaping company Fantastic Gardeners in an email interview. "One abrupt temperature fall can thereafter do more harm than a much colder period in winter that has occurred in a gradual manner."

And a lot depends on whether the blooms have opened or closed when a freeze hits.

"There's a difference between a plant having closed blooms popping up and one that has already opened them," Lorraine said. "The latter will suffer significantly greater losses, because the cold weather will almost certainly kill the unshielded petals."

Since trees, shrubs and plants bloom on their individual clocks, the potential impact is wide and varied. "The amount of damage done by the late frosts has to do with the plant's chilling requirement," Lorraine explains. "It is a minimum time period at a particular temperature low. If the requirements are met, after the time interval has passed, the plant will keep track of temperatures and if it notices warming patterns, it will know it's time to blossom. This process is called vernalization. It basically tells the trees and shrubs when winter is over according to the native climate."

There's not much you can do to keep nature from taking its course in these cases. Covering up plants to keep them warm during weather fluctuations is not a good idea. "This may result in even more stress for them," Lorraine warns.

Barring prolonged, extreme winter weather, any effect on buds and blooms will likely be limited to the season in question, with a bounce-back in order for next spring. It pays to know which varieties do best in your region, however. "Native and naturalized plants are better adapted to surviving periods of drought and cold spells out of season," Glasener said.

But resist the urge to jump the gun on spring planting, no matter how toasty the temps in your area. "Just because they have stuff in the garden center, you do not want to plant until the soil temps have warmed up," Glasener noted. Check with your local cooperative extension or the USDA website to determine when to start planting.

Even if flowering trees and shrubs do take a hit, you don't have to fret that all greenery will be lost. "Trees and shrubs have more than one batch of leaf buds whereas they produce only one [set] of flower buds. If the flowers end up scalded by the unpredictable frost they won't appear again the same year," Lorraine said. "Green foliage on the other hand will – the plants will simply reach out their 'reserves.' This may be so, because leaves are essential for the plant's survival."

Now That's Sad
Warm snaps can sometimes wreak havoc on insects or other animals. A population of Edith's checkerspot butterflies in the Sierra Nevada, California, was decimated after a series of false springs in the 1990s. Plants had stopped blooming by the time the butterflies emerged, and had dried up when caterpillars were looking for food. 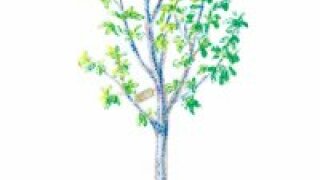 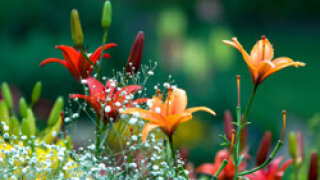 Can we control the weather?