Bidzina Ivanishvili, a billionaire businessman and Georgia's onetime prime minister, excavated and shipped a giant tulip tree on the Black Sea, according to English-language news site Georgia Today. The unusual sight and controversial action have caused a stir in the former Soviet state.

Estimated to be more than 135 years old and weighing more than 650 tons, the tulip tree and its entire root system floated upright for 25 miles (40 kilometers) along the coast of the Black Sea. After a seven-hour voyage by barge, the tree arrived at Ivanishvili's estate on Monday for transplant. Environmentalists criticized the excavation and move, saying that due to the stage in the flowering cycle the rare tulip tree (Liriodendron tulipifera) was in, it likely won't survive into next year following the replanting process. Ivanishvili plans to build a new park for the study of trees in the country's western Guria region, reports the Georgian TV station Rustavi 2.

The two species of tulip tree — Liriodendron chinense, which is native to China and Vietnam, and Liriodendron tulipifera is native to eastern North America — can grow to skyscraping heights of 150 feet (46 meters), and belong to the magnolia family.

Mariam Kanchaveli, an environmental activist with Guerrilla Gardening Tbilsi, told the BBC that the incident had her "mad, sad and at the same time still laughing."

The previously reclusive Ivanishvili served as Georgia's prime minister from October 2012 to November 2013, and is the country's richest person. With a net worth that Forbes estimates at $4.8 billion, Ivanishvili, who made much of his fortune in Russian investments, can boast that there are only only 297 other billionaires on the planet richer than he is.

His rags-to-riches origins and perceived eccentricities — he keeps zebras and kangaroos on his estate, has a shark tank in his art-filled hillside mansion overlooking Tblisi, pays his neighbors monthly allowances, and has an albino son who's a rapper and bodybuilder — have earned Ivanishvili comparisons to the idiosyncratic villains more typical of James Bond novels and movies.

As for the giant historic tree? AFP quoted Ivanishvili as saying that he "purchased the tree legally. Giant trees are my hobby. I am developing a park where I think it is appropriate."

'Off Switch' for Appetite Accidentally Discovered in Brain Enzyme

Don't Just Watch the Debates. Pretend You're in Them 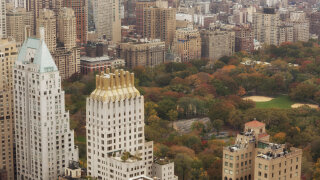 Top 10 Most Expensive Houses in the World

Who Said It: Elon Musk or a Fictional Mad Scientist? [QUIZ] 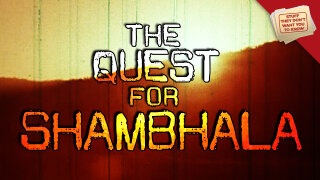 Stuff They Don't Want You to Know: The Soviet Quest for Shambhala [VIDEO]