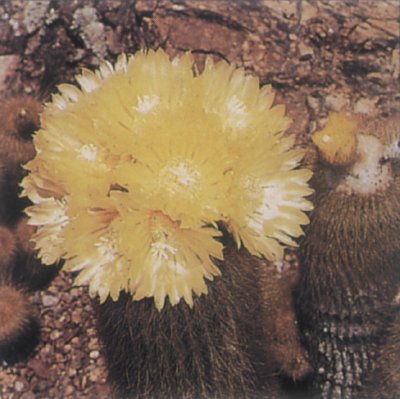 Golden ball cactus has both yellow spines and flowers.

Golden ball cactus, a small, spherical cactus, lives up to its name because it is covered with golden yellow spines. As it ages, it eventually becomes columnar.

When it is still quite young, it begins to bear two-inch, funnel-shaped, yellow flowers, often three or four at a time, that can hide its crown entirely. Offsets are occasionally produced and can be used for multiplication. Otherwise it is grown from seed.

If I plant trees in my yard, will it offset global warming?
Licorice Plant
Top 10 Spring Plants