Will greening my home increase my property value?

Laws and Incentives for Going Green 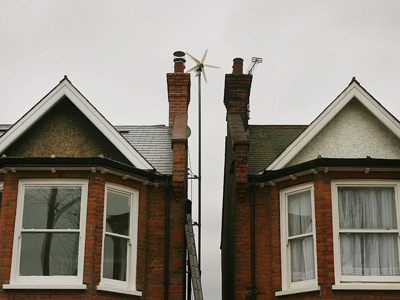 If you upgrade to wind power, as this home did, you can receive a tax credit each year through 2016.
Peter Macdiarmid/Getty Images

As the benefits of green building continue to emerge, many municipalities are enacting laws that require certain green techniques be used. In addition, both states and the federal government are putting financial incentives in place to encourage green development.

The American Recovery and Reinvestment Act of 2009, also called the stimulus package, allows a tax credit of 30 percent of the cost of small improvement projects, up to $1,500. This includes window, door and roof replacements, insulation projects and replacing old appliances with more efficient EnergyStar models.

For those interested in more advanced greening projects, the Recovery Act also allows homeowners to take $1,500 tax credits each year through 2016 for up to 30 percent of qualifying projects. This includes geothermal heating systems, wind-powered homes and solar water heaters or panels [source: Hadhazy].

Another option at the federal level for homeowners looking to add green improvements is the FHA Energy Efficient Mortgage program. It allows homeowners to borrow money at very low rates to make EnergyStar upgrades, add solar or geothermal power, or make other specified green improvements to their homes [source: North Carolina State University].

To find a comprehensive list of green building incentives in your state, visit the Database for State Renewables and Efficiency. Many states offer property tax exemptions, free or expedited building permits and other benefits to homeowners who install green features.

If financial incentive isn't enough to motivate you to go green, consider this: In August 2008, the city of San Francisco enacted a new building code requiring every building (commercial and residential) new project or renovation to adhere to green building standards. For homeowners, this will mean meeting the GreenPoint system, a local green building certification program, similar to the USGBC'S LEED system [source: Buchanan].

A similar initiative is taking place in Montgomery County, Maryland, a suburb of Washington, D.C. Here, lawmakers are working to pass legislation that would require every new home be built to minimize environmental impact and energy use [source: Marimow].

These residential green laws follow on the heels of nearly a decade of similar laws aimed at the commercial sector. There are now 22 states, 2 federal agencies and 75 municipalities in the United States that require commercial buildings be built to meet LEED standards or certification [source: Kamenetz].