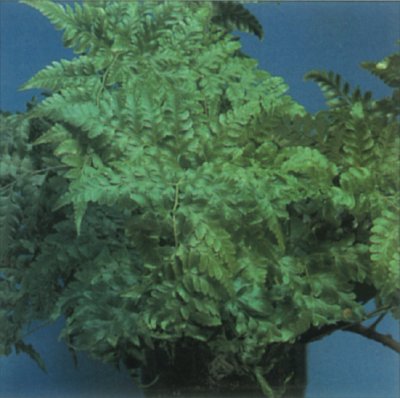 These ferns are nicknamed by various animal names because of their thick, hairy rhizomes that creep over the potting mix and down the sides of the pot, looking much like animal paws.

Its fronds are typically fernlike, being roughly triangular and heavily divided. These plants are remarkable among ferns for their tolerance of dry air. To multiply them, cut off sections of rhizome with at least two fronds and pin them down onto a damp growing medium.

ABOUT THE AUTHOR:Larry Hodgson is a full time garden writer out of Quebec City in the heart of French Canada where he grows well over 3,000 species and varieties. His book credits include Making the Most of Shade, The Garden Lovers Guide to Canada, Perennials for Every Purpose, Annuals for Every Purpose, Houseplants for Dummies, and Ortho's Complete Guide to Houseplants, as well as other titles in English and French. He's the winner of the Perennial Plant Association's 2006 Garden Media Award.