by Bambi Turner
Prev NEXT
5 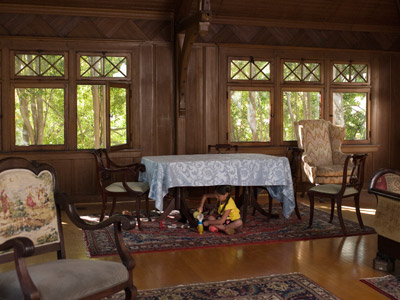 Rugs don’t have to be a simple covering for the floor; they can be just as decorative as anything else in a room.
Felipe Dupouy/Stone/Getty Images

­Nothing feels quite so good as a rug beneath your feet. They offer a layer of warmth and comfort that is unmatched by any other floor covering. Available in infinite patterns, colors and styles, rugs have been used to accessorize homes for thousands of years. Antique rugs are often treated as family heirlooms and passed down through the generations.

The oldest known rug in existence dates back to the 5th century B.C. and is called the "Pazyryk rug." Named for the ancient people who likely produced this rug, it was found in a burial mound in Siberian Russia near the Mongolian border. The rug's design is similar to the art of the people of this region, leading historians to believe that the rug was made locally.

Though the Pazyryk people are credited with creating modern day rug making, it was the Persians who perfected the techniques. Persia, an ancient empire located near modern day Iran, has been renowned since the 1st century B.C. for its exquisite rugs. Throughout history, Persian rugs have been sought after by wealthy collectors all over the world [source: Cole].

Today, these rugs are still one of Iran's main exports. Though much of the rug making process has been mechanized, hand-woven models are the most highly coveted because of their unique craftsmanship. To satisfy this demand, Iran produces over $500 million worth of handcrafted rugs each year for export [source: Sobhe].