by Echo Surina
Prev NEXT
9 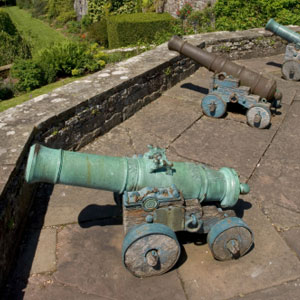 The cannons at Berkeley Castle
© iStockphoto/davidmartyn

­The Berkeley family has been occupying the Berkeley Castle in Gloucestershire, England, since it was constructed in 1153. They continue to live here today. The castle is surrounded by Elizabethan terraced gardens and sprawling lawns. It stands out from a slew of other palaces in the area because its architecture hasn't been modified over the years, making it a medieval design gem. The preservation was helped due to its unusual siting and includes the dungeon and holding cell where King Edward II was imprisoned and murdered. Other points of attraction on the premises include the world's largest moth at the Butterfly House and unusual plants at the Plant Centre.