by Echo Surina
Prev NEXT
7 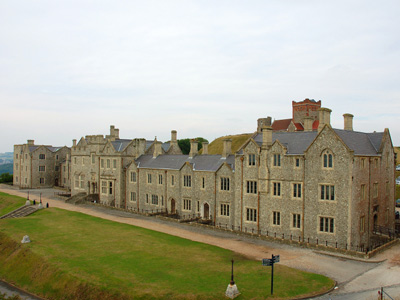 ­Perhaps the most intriguing aspect of Dover Castle in Dover, England, is its secret wartime tunnels. Although the castle was built in the 12th century, it wasn't until 700 years later during the Napoleonic Wars that this intricate tunnel system was engineered beneath it. This network underground has served as barracks for troops, an air-raid shelter during World War II, hospital and military telephone exchange. The castle's most famous role in battle was in 1216 when it staved off the French. The United Kingdom government owns Dover Castle today. On a guided tour, visitors can walk through the castle, tunnels and the recently renovated Admiralty Lookout, an exhibition on the defense systems used during the world wars.