by Carrie Whitney, Ph.D. Oct 15, 2019
Shiplap is a rough-hewn wall siding characterized by long horizontal planks, with an overlap between the boards that recreates the look and feel of a wooden ship. Movable Roots

Just a decade ago, most people would have had no idea what the word shiplap meant, but for the past five years, it's been a hot design trend and has become a household word. Uttering it immediately brings to mind visions of horizontal, rustic boards on walls, possibly painted white.

There is one key person whom we have to thank for the shiplap craze, and she has probably already crossed your mind – Joanna Gaines, former star of HGTV's "Fixer Upper" and current co-owner, co-founder and lead designer of Magnolia Homes. Once the show officially launched in 2014, Joanna and co-star husband Chip Gaines started bringing modern yet rustic style to "the worst house in the best neighborhood" for five seasons. A design element that quickly appeared as a favorite of Joanna's was shiplap, or sometimes just a shiplap look.

What Exactly Is Shiplap?

There has been much discussion among designers and craftspeople, within the blogosphere and elsewhere, about whether what today gets called shiplap is actually shiplap. By definition, shiplap consists of boards that are joined in an overlapping manner via a rabbet, which is a recess that forms the joint between the boards. In shiplap, the overlapping manner of the boards and style of the rabbet leave a small space between each board, although they are edge to edge in order to be watertight in the back.

The gap is about the width of a nickel, so sometimes "nickel slot" can be used to describe shiplap. Real shiplap does have a joint, but it's not a tongue and groove situation. The rabbet joint is stacked rather than inserted. Shiplap is nailed directly to the surface, leaving nails visible, which is appropriate for the material's rustic appearance.

When it was initially used in home construction, shiplap was not meant to be exposed, according to the Durasupreme Cabinetry blog. It provided a shield between the exterior and the framing and was covered with a cheap fabric, then wallpaper. Shiplap's location behind the visible wall is the reason Joanna sometimes discovers it during demo.

In a blog post, she explained how she found it in her family's farmhouse residence: "It was during the first few days of demo that we discovered shiplap in nearly every space of this house. I had spotted this material before in other projects and was immediately drawn to its timeless style and organic texture. ... The more shiplap we found around the farmhouse, the more I knew that I wanted to expose it throughout our home."

Her appreciation for the rustic stuff appeared in many of her renovation projects, and if there was none present, it could be added. Thus, shiplap became a design feature that was used to accent space and not only uncovered but applied. Chip has a video explaining how to make shiplap, and he details that when he finds a piece of shiplap – a rough, old plank – he removes the nails, gets rid of any splinters and voila! It's still rough looking, but that is the way Jo likes it.

However, unless Chip's boards have a rabbet joint, they are not true shiplap, they are just old boards that are going to be applied to the wall or piece of furniture, as Scott Sidler explained in The Craftsman Blog.

Does it matter to the average fan of farmhouse style?

"There are different styles of how it attaches together," says Mike Cheatham, owner of Movable Roots custom tiny home builders. "But the end look of it from the outside pretty much all looks the same."

Homeowners seeking to incorporate a shiplap look might be less concerned with the facts about shiplap and more interested in its visual effect. For example, Jenna Sue Design Co. provides a DIY Shiplap Tutorial video where she shows viewers how to use plywood and nickels to create easy and inexpensive "shiplap" walls. Shiplap typically ranges in price anywhere between $2.50 and $7.00 per square foot for real wood boards.

How Shiplap Can Be Used in a Home

Often installed around whole rooms or as accent walls, shiplap offers many possibilities for home design. "It does fit really well into that rustic farmhouse, but there is also a trend for modern farmhouse," says Cheatham. "It's something that has to fit the design. [You have] to like the idea of straight lines and that element of not just smooth drywall finish"

HGTVrecapped some of the uses the Gaines got out of shiplap, which it refers to as "rough-sawn pine paneling often used in barns and historic homes." The looks included stained shiplap wainscoting in the living room, a painted shiplap fireplace surround or focal point, ceilings, whitewashed shiplap with visible knots, as a highlight to architectural details, and on a staircase – just to name a few. The design duo has made shiplap shelving, barn doors and headboards, too.

Durasupreme shows shiplap on the base of a kitchen island, installed horizontally or vertically, as well as on an appliance panel. Cheatham added it to his home as an accent wall and painted it a dark, rich blue. In addition to incorporating shiplap as a decorative element, Movable Roots uses it to function as a wall covering in replacement of drywall rather than on top of drywall.

Does the Shiplap Trend Continue?

Yes, shiplap still ranks among current design trends. In Houzz's "32 Design Trends That Will Rule in 2019," painted shiplap – the style that Cheatham used in his home – holds spot 18. The article states that shiplap's "popularity isn't necessarily waning," but "its look is changing." Custom wood wall treatments come in at No. 24, and although shiplap isn't pictured as the example, it does offer a way to create this trendy feature. To keep it fresh, designers, builders and homeowners can consider creative uses of shiplap, such as the vertical or angled installation. Planks can be cut to make patterns like chevrons and herringbones.

Is Shiplap Easy to Install?

If you are not insistent on having real shiplap planks but more focused on getting the shiplap style, installation can be as easy as you want it to be. Plenty of shiplap-look wallpapers are available, including the peel and stick variety. You could follow Jenna Sue's instructions on using plywood instead of wood planks or opt for the more authentic version using reclaimed wood like Chip for a truly rustic feel. Home improvement retailers sell a variety of shiplap planks with the requisite rabbet joints, and they come in plenty of stains and colors. The installation process becomes even easier with panels.

When adding shiplap to existing walls, it's important to know where the studs are because the horizontal planks will be nailed into them. Installing vertical shiplap offers more challenge due to the lack of repeated studs, but Cheatham explains that it's sometimes possible to use adhesive.

"The biggest thing is starting level and making sure you keep those lines nice and straight," he says. "If you don't start off level that issue will just continue." And in the end, this could lead to gaps of different sizes – not a good look.

Now That's Interesting
Shiplap is also the name of one of the paints in Magnolia’s Whites palette and is described as a “creamy weathered white.” Super shiplap fans can get a “#shiplap” T-shirt on Magnolia’s website.

How to Change the Language in Google Chrome 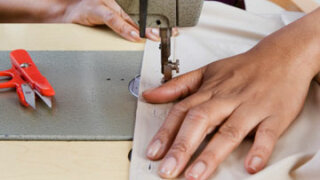 How to Create an Elegant Wall Covering to Soften Any Interior 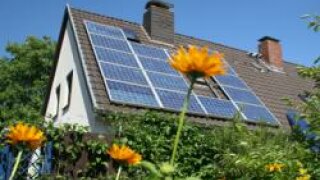 10 Tips for a Cutting-edge Green Home 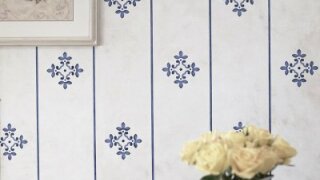 How to Remove Wallpaper