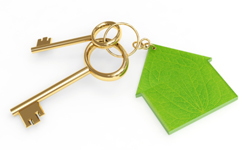 Once upon a time, all residential building was green. Nomadic Mongolians carted their felt-and-wooden yurts around on four-wheeled wagons. Celts kicked it in earthen ("cob") roundhouses made of wattle, mud and straw, while Spaniards and indigenous Americans perfected the art of the adobe dwelling.

Until the Industrial Revolution, residential building materials consisted of mud, straw, stone, timbers and other locally harvested ingredients. Sustainable by default, these homes met the needs of the present without compromising the needs of future generations. With the advent of railroads, however, it became easy for builders to acquire materials like steel from faraway places. Fast-forward more than a century and soon cheap, energy-inefficient McMansions ruled residential home markets.

Today, with global warming on the rise, more homebuyers are demanding green homes, and home builders are looking for cost-effective, sustainable ways to deliver them. Recent advances in green building technologies are bringing carbon-neutral and zero net-energy homes closer to reality. Before we get started detailing some of these advances, let's first look at green home building's golden ring: zero-carbon or zero net-energy homes.

The term "green building" is wide-ranging and applies to many different facets of environmentally conscious building. The terms zero-carbon and zero net-energy, however, are much more specific. Both zero-carbon and zero net-energy homes seek to use only as much energy as they can produce. Zero-carbon (or carbon neutral) homes also use no fossil fuels and therefore produce no greenhouse gasses. The U.K. has set a goal to require all new homes to be zero-carbon by 2016, and the city of Copenhagen is gunning to become the world's first carbon neutral capital by 2025.

To achieve either carbon neutrality or zero net-carbon status, builders must employ a number of green building techniques. External walls are made of thick, insulated concrete to protect interiors from temperature fluctuations. Geothermal wells capture water warmed by rooftop solar panels and circulate it through radiant heated floor systems or closed-loop cooling systems. Roofs may be V-shaped to collect water and hide solar panels from view. 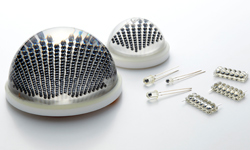 Solar power has come a long way since man first used magnifying glasses to start fires in the 7th century B.C. Recent advances include the use of natural berry dyes to make solar cells more efficient, microfilm technologies that create less waste and lower costs, and concentrated solar power plants like the one the Desertec Foundation is pushing in North Africa.

Despite advances, solar technology has limitations that -- up till now -- have seemed insurmountable. For instance, to achieve maximum efficiency, solar cells must be pointed directly at the sun. Unless you mount them on mechanical tracking devices (which require energy), solar panels are only able to operate at maximum efficiency for a few hours each day.

A new breakthrough by a Japanese company may change all that. Scientists at Kyosemi are working to create spherical micro solar cells that can absorb light from any direction, including light reflected off other surfaces.

Green building isn't only about alternative energy technologies, however. It's also about the appliances that use those technologies. Have you ever dreamed of a kitchen that could turn off its own lights or a thermostat you could text to change the temperature?

Washing machines you can control with your phone? Refrigerators that remind you when you're low on milk? Thermostats that monitor energy prices in real time? Grid-aware appliances can do all of these things and more. While certain features may seem gimmicky (not everyone will want their oven chatting up their fridge and suggesting dinner options), the real benefit of these machines is that they decrease peak stress on the power grid while also saving homeowners an average of 15 percent on energy costs [source: Morgan].

Appliance manufacturers are currently bringing grid-smart washer/dryers, refrigerators, televisions, thermostats, hot water heaters and other appliances to market in both Europe and the United States. The ability of these machines to measure and monitor their own use is at the heart of zero-carbon and zero net-energy home building practices.

If you're going to invest in a grid-aware refrigerator, you may as well look into one that uses natural refrigerants rather than the more common, and more environmentally damaging, HFCs. We talk about hydrocarbon refrigerants for home appliances next.

Remember that pesky ozone hole scientists discovered in the 1980s? Thanks to unprecedented global agreement to phase out chlorofluorocarbon refrigerants (CFCs) and other ozone-depleting substances, today the ozone hole has almost completely closed. Unfortunately, CFCs were replaced with hydrofluorocarbons (HFCs), which have high global warming potential and thus pose their own environmental risks.

A few years ago, Europe began replacing HFC refrigerants with hydrocarbon (HC) refrigerants, which have a much lower potential for global warming. After dithering for several years over flammability risks (freezers that burst into flame would, after all, present an entirely different set of problems), in December 2011, the U.S. finally joined Europe in approving hydrocarbon refrigerants for home use [source: EPA]. Soon, American homebuyers will be able to join European residents in replacing their HFC refrigerators with more environmentally friendly models.

Upgrading your freezer will certainly help you reduce your contribution to greenhouse gas emissions, but if you really want to get serious about reducing your carbon footprint, you'll need to go a bit further.

Increasingly more countries are holding their noses and introducing carefully treated wastewater into the drinking water supply. (Singapore is currently the largest population to adopt this technology [source: Barringer].) However, when we talk about on-site water treatment solutions in home building, we're rarely referring to potable sewage.

Rather, the term "on-site water treatment" refers to the process of collecting, treating and reusing water that's not considered drinkable but might be suitable for other activities. By diverting drainpipes into collection tanks, homeowners can capture rainwater, snowmelt and the "gray water" that drains away after they shower, wash dishes or launder clothes. The water in these collection tanks is filtered and reused for flushing toilets, irrigating landscapes and cycling through closed-loop radiant heating and cooling systems.

No mere novelty, gray water collection and reuse can be essential to sustaining communities in sub-Saharan Africa and other drought-stricken parts of the world. These areas are also in dire need of affordable, sustainable construction materials.

Can mushrooms save the world? Find out next. 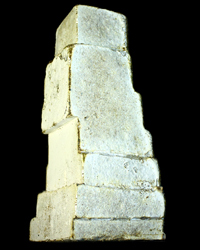 Mycoform mushroom blocks (the Smurfs would be so proud).
Image Courtesy Terreform ONE

There's been a lot of hullabaloo in recent years about houses built from recycled materials. In places like Nigeria, India and Central and South America, environmentalists are showing locals how to construct solid, inexpensive homes using old plastic bottles that would otherwise end up in landfills. But what happens one happy day when we've finally recycled all of our recyclables?

Green manufacturers are already on the case, investigating sustainable ways to grow novel building materials from scratch. One company, Planetary ONE, is experimenting with using mushroom roots to create Mycoform building blocks. The team creates brick molds from recycled aluminum sheets and grows mycelium spores inside the form. The resultant blocks are as strong as conventional bricks but require very little energy to produce. The life expectancy of a Mycoform brick is roughly 25-30 years, and versatile, lightweight Mycoform can also be used to make acoustic tiles and insulation [source: Czarnecka].

Walls aren't the only aspect of green building garnering attention these days. Builders are also buzzing about new advances in green flooring. Next, discover which new flooring materials are kicking traditional wood, concrete, ceramic and linoleum to the curb.

If those types of flooring sound too high-tech for your tastes, you may be interested to hear that some environmentalists are also touting dirt as the wave of the flooring future. When leveled, dried, hardened, and coated with beeswax and linseed oil, dirt (or "earthen") floors resemble sealed, tinted concrete. Dirt has its downside, however. Unless builders stir together the perfect mix of dirt, lime and sand, these floors can crack and buckle over time. They also don't work well in moist rooms like bathrooms and kitchens.

Hands down, however, the real superstars among today's green building materials are windows. How smart can a window actually be? 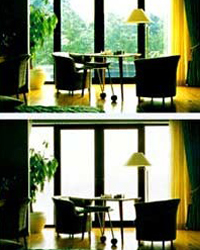 Window design has had its share of hits and misses in recent years as scientists have rolled out new "smart" technologies. Mirrored windows seemed like a good idea at the Vdara hotel in Las Vegas until light reflecting off the building created a solar "death ray" that burned guests lounging by the pool and melted plastic cups [source: ABC News].

Sensational snafus aside, however, revolutionary nanotechnologies are shedding new light on plain old glass windows. "Smart" windows treated with ultra-high-tech nano-coatings will soon be as energy-efficient as walls, says green engineer Jerry Yudelson in an interview with Wired.com [source: Barrett]. Liquid crystal, suspended particle (SPD) and electrochromic technologies are duking it out for market share. Although the technologies operate in different ways, the effect is similar. These windows can change their appearance from frosted to translucent or can darken themselves with the flip of a switch. Homebuyers who invest in homes with these new intelligent windows will never need to dust blinds or shop for curtains again.

2: A Global Trend Toward Urban Density

Green building advances help improve individual carbon footprints, but to really affect a global reduction in greenhouse gas emissions, more wholesale changes are required. One of these is a global building trend toward greater urban density.

Packing more people into less space promotes communities that are more walkable and less dependent upon gas-guzzling vehicles. Furthermore, contrary to popular belief, people don't necessarily have to live on top of each other in high-rise condominiums to create urban density. Sustainable, spacious, multifamily and mixed-use developments with retail stores on the street level and residential units above are becoming more common and more desirable -- as are small homes and houses built on nontraditional lots.

Tokyo homebuyer Fuyuhito Moira purchased a 98-foot (30-meter) lot the size of a parking space and built an ultrasmall, multistory home for himself and his mother [source: Kyung]. In the U.S., nontraditional spaces such as infill lots are attracting environmentally conscious homebuyers who want to live in the city but prefer detached homes.

How can homebuyers be sure they're truly getting a "green" home, however? We talk about an international shift toward streamlining green ratings systems next. 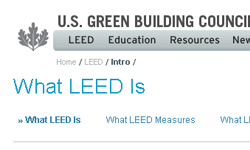 How Daylighting Devices Work
How long should building a house take?
How to Run Your House Solely on Solar Power