by Patrick E. George
Prev NEXT
1 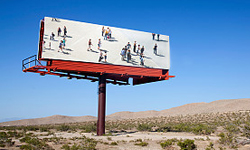 As you've probably picked up by now, much of what goes into designing modern prefab housing has to do with making use of limited spaces and lowering the impact on the environment. The idea isn't to sprawl and be wasteful, but to utilize what is already there. In that vein, here's a pretty extreme idea: houses built into billboards.

There are more than half a million billboards scattered across the United States. Dallas-based architecture firm Nocturnal Design Lab has a concept called Aeroform that turns those billboards into affordable houses that can be sent to rural areas for low-cost living.

The homes are built in part from recycled old billboards and then installed on existing ones. They have a curvaceous shell on the outside designed to protect the homeowner from the sun and wind. Like all prefab homes, they're built somewhere else and transported onsite, and then attached to the billboard with the aid of a crane. However, unlike most prefab homes, the billboard houses are designed with interior spaces already in place.

It's quite green, too; vented windows on either side allow natural light to flood in, and its very placement on an existing billboard cuts down on the use of raw materials.

Aeroform represents a radical approach to occupying existing spaces within a city and in rural areas. While not all prefab modern homes are this extreme, they represent an increasingly popular philosophy on how to build living spaces that have minimal impact -- and look pretty cool, too.

I count myself as a huge fan of modern architecture, especially modern houses. I live near a neighborhood full of prefabricated modern homes, all of which feature design cues similar to the ones on this list. While I understand that they don't appeal to everyone, I do like seeing them spring up more and more. After all, why should houses be so boring? 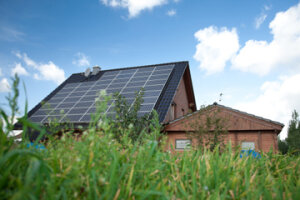 How to Run Your House Solely on Solar Power