Did any part of the construction industry escape the bubble burst? 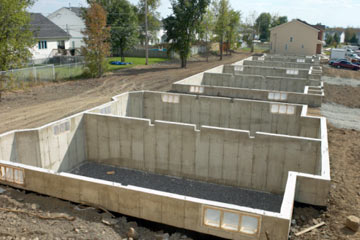 Unless you've been in a coma for the past three years, you've probably heard something about the real estate bubble that burst in the late 2000s. The real estate bust affects all sectors of the economy, from attorneys to home decorating, but few areas have been quite as directly affected as the construction industry. As the country -- and the world -- continues to dig its way out of the Great Recession, construction jobs and contracts remain below the peak from the boom years of 2005 and 2006. But it hasn't been all doom and gloom. Throughout the recession, one sector of the construction industry has consistently shown signs of growth: green building.

Through the darkest days of the financial collapse, green jobs have proven to be somewhat recession-proof. That's partly because green buildings and technologies make better financial sense than their energy-hogging counterparts. Although building with environmentally-friendly techniques may have started as a passion of tree-huggers and design students, the green building movement has long since entered the mainstream. It seems likely that in the coming years, there will no longer be a "green building" category, because energy- and water-efficient buildings will be the only option.

In recent years, the owners of the Empire State Building and the Willis Tower (formerly Sears Tower) have made headlines for adding green retrofits to the iconic skyscrapers. And why shouldn't they? On average, new green buildings provide their owners savings of 13.6 percent on operating costs, and green retrofits can save an average of 8.5 percent. When you're talking about a building like the Willis Tower, which has more than 4 million square feet of floor space, that can amount to some pretty serious savings. A 2009 report showed that productivity benefits from LEED-certified buildings (Leadership in Energy and Environmental Design) ranged from $230 to $450 million [source: GreenBiz.com].

What caused the construction bubble to form and ultimately burst?

Green buildings are pulling their weight, but the green design and construction industries would, of course, be a lot better off if that whole Great Recession thing never happened. The unprecedented real estate bubble began to deflate in 2006 and 2007, taking with it millions of people's homes and jobs, and it's only now beginning to recover.

So whom can we blame for this mess? There's no shortage of people and institutions you can point the finger at, including the Federal Reserve System, Wall Street bankers, housing developers and even homebuyers.

In the first few years of the 21st century, housing markets across the globe became highly speculative. Interest rates were kept at historically low levels, encouraging people to borrow more and more money. Others began to view property as a safer investment than stocks [source: The Economist]. People started buying property as an investment, rather than as a place to live. A study by the National Association of Realtors found that a full 23 percent of all American houses bought in 2004 were purchased as investment properties. Large numbers of Americans also bought homes to "flip" them (i.e. resell them at a higher price) [source: Christie].

Meanwhile, bankers got in on the madness by inventing complicated securities based on mortgages. They were allowed to dream up these newfangled investments because in recent decades the U.S. Congress rolled back Great Depression-era financial regulations meant to prevent this exact sort of problem [source: Leonhardt].

All of this prompted an unprecedented exuberance among real estate developers, fueling one of the biggest construction booms the country has ever seen. In cities across the U.S., construction cranes dotted the skyline, building shiny new condo towers based on artificial demand. In the far-flung suburbs of places like Phoenix, California and Florida, homebuilders built new homes as fast as they could. And while the real estate market as a whole fell off a cliff in 2007, the more specialized green building industry continued humming right along.

Why Green Building Continues to Grow 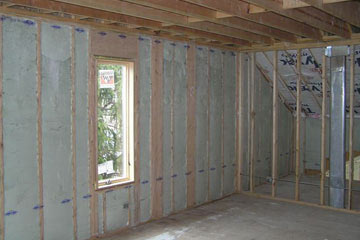 Interest in green buildings and green technology has been growing for several reasons. First, increased awareness about climate change is prompting businesses to act. Buildings account for roughly 40 percent of the energy use in the U.S., so improving the energy efficiency of buildings is a key way to reduce our carbon output. But more than that, green buildings are proven to save money. From 2000 to 2008, green construction and renovation projects generated roughly $1.3 billion in energy savings, which is nothing to sneeze at [source: USGBC]. And these figures aren't limited to new-construction buildings; with support from federal and state governments, green retrofits are also growing.

Green buildings have been booming in both the commercial and residential real estate markets. In a 2010 study, a group of researchers from the Netherlands and the U.S. studied recent developments in green office buildings, reporting "large increases in the supply of green buildings between 2007 and 2009, and the recent downturns in property markets, have not significantly affected the returns to green buildings relative to those of comparable high-quality property investments" [source: Eichholtz].

Although in early 2012, the construction industry was still stuck in neutral, the outlook looks good for the green building industry. In the next five years, revenue in the green and sustainable building construction is expected to increase to $245.4 billion, buoyed by government incentives [source: IBISWorld].

The recession has been tough on just about any industry you can think of, not least of all construction, so it's nice to be able to focus on the silver lining to an otherwise gloomy story. To me, the strangest thing about green buildings is how long it took for them to enter the mainstream -- improving the efficiency of building systems seems like a no-brainer, especially for building owners and managers. But when looking back at what happened in real estate over the past decade, I find myself wondering what will prevent another construction bubble from forming?

How Rubber Roofs Work
Why does a flooded house need to be torn down?
Can your recyclables build a home?