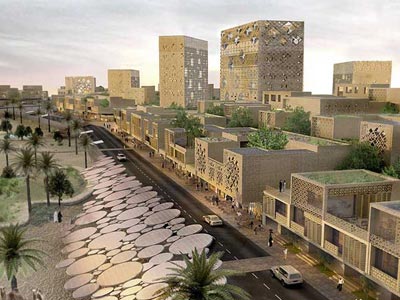 Xeritown, a planned .23 square mile (59 hectare) sustainable development located on the outskirts of Dubai, hopes to solve some of the pesky problems associated with living in a desert region.
© SMAQ

­Not many of us think too seriously about moving to the desert. Hot, dry and extremely variable weather conditions make the harsh environment of the desert almost entirely inhospitable for humans. Temperatures are scorchingly hot during the daytime, reaching as high as 120 degrees Fahrenheit (49 degrees Celsius). During the nighttime, temperatures can plunge as low as 0 degrees Fahrenheit (­-18 degrees Celsius). Rainfall is unpredictable, too, and most deserts around the world receive only about 15 inches (38 centimeters) of rain each year -- sometimes none at all. This makes the land practically useless for food production, and plants and trees that humans need for survival simply won't grow.

But what if you could live in the desert, and even build an entire community around one? There are, of course, groups of people in some parts of the world known as nomads, who have lived for centuries wandering deserts. By looking for water and regions of semiarable land, they're able to survive, but their lifestyles are sparse, and they must keep moving to account for the desert's constantly changing environment. Because there's just enough rainfall to allow grass to grow in certain areas, nomads mainly rely on herding livestock for sustenance.

­So building a town in a desert is out of the question, right? Maybe not. If a group of architects and researchers have worked out their plans correctly, people may soon be able to enjoy the cosmopolitan life on the edge of semiarid land. Xeritown, a small development with a focus on sustainability, will attempt to work­ town squares, shops and living spaces into the desert climate, using efficient design techniques to cut down on the use of heat, water and energy.

The neighborhood, as it turns out, will be built in Dubai, one of the fastest growing cities in the world. More specifically, Xeritown will lie on the outskirts of Dubailand, the massive complex that combines theme parks, shopping malls, and homes into one big land of excitement. The town is under development now and should be finished in 2009.

How does Xeritown's design make it possible to live in such harsh climates? Does it have anything to do with xeriscaping? And with all of the construction going on in Dubai, does Xeritown really make a difference? 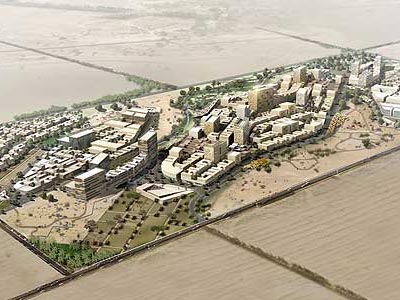 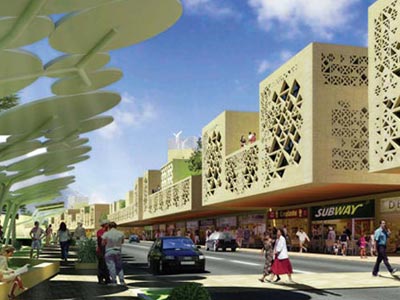 What is a passive house?
10 Things You Need to Know About Wood Pellet Fireplaces
10 Facts About the LEED Ratings System