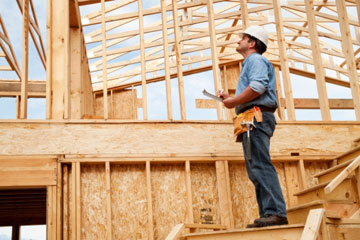 The housing industry was in real trouble, but there are signs of life. See pictures of home construction.
Justin Horrocks/Getty Images

The words "housing crisis" has been all over the news and on everyone's lips for several years, but don't write off the construction business in the United States just yet. True, the building industry -- especially the residential construction side -- seemed to be on life support as the deep recession reached its fourth anniversary in December 2011. But as 2012 got underway, there were increasing signs of recovery, however slow and painful it might be.

It's easy to see why people might be ready to write off new construction. The news toward the end of 2011 sounded bleak. It was widely reported that the figures for new single-family home construction in the U.S. were the worst since records had been kept. Sales of new single-family homes were lower than they had been since at least 1963, and spending on new construction overall was at a 12-year low [source: Greene]. Late in the year, the McGraw-Hill Construction Dodge Outlook Report predicted that the construction industry, which was at a low, would remain more or less flat through 2012 [source: McGraw-Hill Construction].

How low can things go? National Association of Home Builders figures showed that starts of new single-family homes had plummeted from a high of 1,716,000 when the housing boom was in full swing in 2005 to a low of 429,000 in 2011 [source: Melman].

But by late February 2012, analysts were noting some more hopeful signs. Reports from various sectors of the construction industry, from concrete makers to architects, were cautiously optimistic. Stock prices from construction-related businesses such as Home Depot stores moved up, reflecting an increased belief that the long-delayed recovery in the housing market is beginning [source: Schaefer].

The Source of the Trouble

A recession is a long-term slowdown in economic activity, generally defined as two consecutive quarters of decline in gross domestic product (GDP). The end result? Business slows, workers are laid off, and times get tough as the economy stalls.

The economy has cycles. Usually, after several months, things pick up as the country shakes off the recession. Often, the construction industry helps take the lead in getting things going again. Think of the ripples that move through the economy with new construction: Construction workers are hired. And so are people to make the concrete, lumber, bricks, blocks and accessories. There are landscapers, furniture makers, decorators and others to consider as well, all making money.

But the Great Recession that started in December 2007 was different. That recession was directly related to construction. The housing bubble had pushed home prices up beyond their actual values, prompting a lot of new construction. Then the bubble burst, which left banks with bad loans. It also left many people owing more than the houses were worth -- and a lot of empty houses on the market. When the housing bubble burst, the recession spread. People lost jobs and were unable to pay inflated mortgage payments. Banks foreclosed, flooding the market with more available houses. Construction in areas other than housing stalled as well. Because people weren't living and working or paying property taxes in economically depressed areas, governments in those areas had less money for roads, schools and other projects. In time, businesses would stop expanding too.

New college grads, often without jobs, moved in with their parents. Families who lost homes moved in with relatives. Couples delayed getting married and starting families – and buying homes. Mortgages were harder to get. As Stephen Melman, the director of economic services with the National Association of Home Builders putit, "the economic engine was in reverse."

By early 2012, things were starting to look up. Foreclosure rates were dropping. Building permits and housing starts were up a bit. The number of unsold new homes was lower than it had been in years. But home prices were still down, and demand for new houses was still depressed. Part of the problem was the housing industry's shadow inventory -- the unknown number of existing houses available but not on the market. These are houses in the foreclosure process or about to be. In some cases, houses have been kept off the market until prices go up. Nobody knows how many existing houses will eventually be for sale. In February 2012, The Wall Street Journal reported that there could be as many as 10 million shadow inventory houses [sources: Tarbox and Whelan]. That prospect keeps housing prices low and discourages construction.

Yet, there were signs that the construction recovery is beginning. 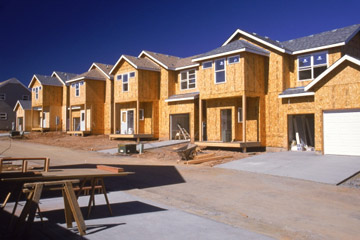 I started researching this article thinking that the answer might well be "yes, new construction is becoming extinct." Everywhere I go, I see houses for sale, and I know people who are underwater in their mortgages and just waiting until they can put their houses on the market. Obviously, there will be new construction eventually, but the prospects didn't seem good for a long, long time.

One of the first things I learned was how tied construction -- especially home construction -- is to social patterns. The recession prevented conventional household formations and sent some families to live with relatives. That trend inhibited the demand for houses, whether they were previously owned or new.

Another insight was a reminder that the economy goes in cycles. Recessions -- even depressions -- end eventually. What I realized was that this cycle has been unusual because the housing bubble was a direct cause of the recession. For that reason, housing has been slower than usual to recover, and has been a follower rather than a leader in the broader recovery. But as things begin to look up, all that pent-up demand for housing has an effect, and new construction will follow.

5 Long-lasting Building Materials
How do you find an environmentally responsible architect?
Are green homes more expensive to insure?