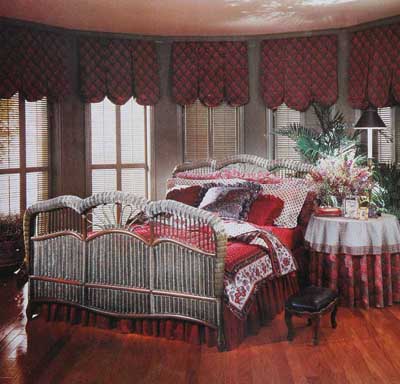 © Juxtaposed with walls painted a pale clover, deep crimson Austrian shades over clover-painted shutters make a bold statement along a wall of windows.

Ruched from top to bottom, Austrian shades billow into puffy, cloud-like segments when raised, making them one of the prettiest window treatments in home design. They can accent any public space in the home, but they're especially suited for the bedroom, where their airy, sculpted shape suggests a lulling serenity.

Unlike a standard drapery panel, which has only as much dimension as the width of its yardage permits, the Austrian shade inherently has dimension when raised, with its bunched folds of scalloped fabric bringing depth to the window. The raised shades have the appearance of a decoratively shaped valance. But whereas a valance is stationary, the shades aren't fixed, but can be lowered to cover the entire window for privacy.

For more decorating ideas around the home, see: 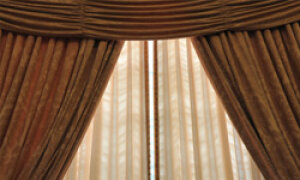 How to Hang Curtains 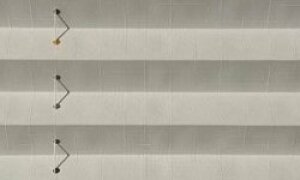 How to Shorten Blinds 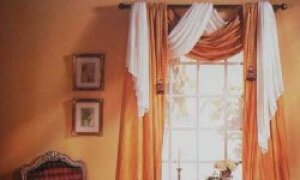 How to Hang a Window Scarf