by Alia Hoyt May 22, 2019
Decluttering a house as you age can be good for you and your loved ones. But it can be hard to have that conversation with elderly parents. kali9/Getty Images

Cleaning out the home of a loved one who has recently died or entered a nursing home is something most people dread, especially if they have no idea what to do with the all the items their loved one has accumulated.

Enter the Swedish death clean. It may sound morbid, but it can actually lighten the burden of grieving loved ones. Popularized in the book "The Gentle Art of Swedish Death Cleaning," by 80-something artist Margareta Magnusson, Swedish death cleaning is basically decluttering in your later years so that someone else doesn't have to do it for you.

Magnusson herself is Swedish, but has lived all over the world. Her book was an immediate sensation in Sweden, and garnered serious interest in the U.S. once it was published there in 2018. In the book, Magnusson explains that the Swedes call it döstädning (a combination of the word "dö," which means death and "städning," which means cleaning).

So is this another integral part of Swedish culture that Americans could do well to emulate?

Ann-Charlotte Gavel Adams, professor emerita of Swedish studies at the University of Washington, emails that döstädning is not listed in any Swedish Academy dictionaries. She first heard of the concept 10 years ago from a man in his 70s, who was clearing out his artworks and books so that his sons wouldn't have to do it when he passed away. "He is still alive though. He used the word in a humorous tone," she says, adding, "I think the Swedes are as uncomfortable discussing death as Americans."

Even so, the concept has clearly struck a nerve in both countries. Boston-based professional organizer Rhea Becker, aka, "The Clutter Queen," added Swedish death cleaning to her list of services after reading Magnusson's book. "I have worked with so many relatives of people who never streamlined their belongings through Swedish Death Cleaning, only to leave a massive amount of stuff to the unfortunate next generation," she says in an email.

Author and motivational speaker BJ Gallagher has been on the receiving end of this accumulated stuff not once or twice, but three times in the last eight years. One of those homes was her mother's residence, where she lived for four decades.

"Along the way, I decided I wanted to start liquidating my own estate – before I become elderly and/or incapacitated – because I don't want my son to have the same headache dealing with my household at the end of my life," she explains in an email interview. "I decided that the greatest gift I can give my son is 'the gift of no burden' – so that's what I've been doing the past couple years – long before I ever heard the term Swedish death cleaning."

First on the chopping block was her art, clothes and jewelry because they all have significant value and aren't simple curbside donations. "I've used eBay and social media to sell these items – with great success. I made $30,000 last year selling my clothes, jewelry, and art – and it feels so great to lighten up and clear out space in my closets and in the rooms of my home," she notes.

Discussing the Swedish Death Clean With Loved Ones

Although it may seem like an awkward conversation to have, the irony is that streamlining personal belongings during those golden years actually improves the quality of life. "Some people feel squeamish about the idea that they are essentially preparing their personal environment for their eventual death. But it makes so much sense. And once completed, the person who chooses to do Swedish Death Cleaning can enjoy a simpler life, surrounded only by the things they truly need or love," Becker says.

Still, it can be a difficult topic to broach with a loved one, as no one wants to imply that Grandma or Mom has one foot in the grave. So if you think the person in question might be (somewhat rightfully) put off by the phrase "death cleaning," take a different approach.

"When people contact me about their parents, wanting to suggest downsizing for them, I always encourage them to position it from the perspective of how it will improve their parents lives NOW (rather than their families'/children's lives later)," says Julie Bestry, a Chattanooga, Tennessee-based professional organizer, via email. "Accent [to your parents] how a less cluttered environment means there are fewer things to dust/vacuum/make space to store. Perhaps mention a 'friend' whose parent had excess and fell, breaking a hip, and recuperating at home wasn't possible because the cluttered spaces left little room to move about with a walker."

Once your loved ones are on board with a full-house declutter you can offer to lend a hand on a gradual basis, or use the services of a professional organizer. Then, start slowly. "My client chooses the room that is bugging them the most. We handle every item, while the client makes decisions, and then we move on to the next room," Becker says. "This process may sound time consuming, but we can often complete an entire room in 2-4 hours."

Here are a few other tips for successful death cleaning from professional organizers:

When all is said and done, few people are likely to feel that they've lost anything other than a cloud hanging over their head. "Clients are always relieved to have 'thinned the herd.' They actually feel a lightness they may have never experienced before," Becker says. "As I like to say, it's only stuff."

Now That's Interesting
It's not surprising that death cleaning seems scary to discuss with loved ones, as dying in general is still such a taboo topic. Six out of 10 people know little to nothing about those last hours of life, according to a survey by the Academy of Medical Sciences in England. In fact, one-third of the participants declined to answer the questions, leading researchers to surmise that they're uncomfortable or unwilling to talk about death.

The Truth Behind the Rogue Planet Nibiru 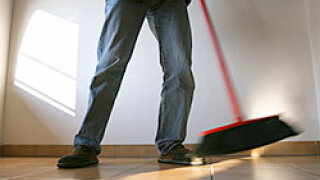 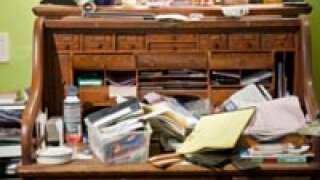 How to Declutter Your House 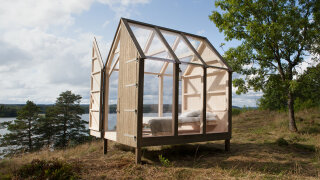 Could Three Days in This Swedish Cabin Reduce Anxiety?