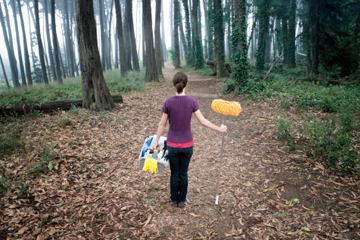 Spring's the time of year when people feel the need to tackle big cleaning projects, indoors and out. I'm pretty relaxed about my cleaning routine, but even I feel the urge to pull out the fridge and vacuum off its coils. Do we clean less in the winter because the cold and gloom make us lethargic? Or is it because we spend more time indoors and eat heavier foods? Is it good old-fashioned guilt?

When the temperatures get warm enough to venture outside without a jacket, you might feel compelled to do a deep cleaning of your home, too. Before you get to scrubbing, though, let's ponder whether people all over the world are doing their own version of "spring cleaning" -- either around the same time of year if they live in the Northern hemisphere or in September in the Southern hemisphere.

The American notion of spring cleaning -- moving furniture, cleaning carpets, cleaning out the garage -- is literal and usually rooted in very little other than the need to physically get one's house in order. Western spring cleaning traditions are rooted in these, such as the cleaning rituals before Passover and Chinese New Year. They also come from a time when, in all honesty, our houses were dirtier in general. Before furnaces, you heated your house with a wood-burning stove or even with a fireplace. If it was really cold, they might be burning almost all of the time. You also had to seal up every crack and crevice.

Those two factors meant that your house probably got really sooty and gross. When you were able to open up those windows and let the fresh air in, you were also probably eager to get out all of that crud and muck. (But you also have to keep in mind that only recently have people started bathing every day, so take the cleanliness thing with a grain of salt.) 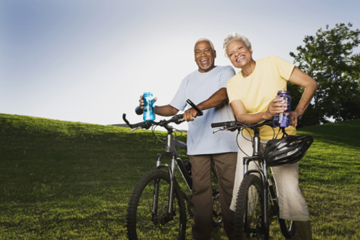 Before I started researching this article and other articles on spring cleaning, I have to admit that I hadn't given it much thought beyond the actual cleaning part. But once I started looking at different holidays and festivals around the world that took place during the spring, I realized that it doesn't always mean the act of cleaning your house in a literal sense. Of course, it's not possible to say whether all cultures do some kind of spring cleaning, but there usually seems to be something going on.

Personally, I'm not as great about the house cleaning, but I definitely do think about changing up my health routine when spring comes. And with tax time coming up, finances are also at the forefront of my mind. I like the idea of reinterpreting "spring cleaning" to mean all different kinds of cleaning, though. It takes the pressure off me to have a shiny, clean house, but I can also happily tell people that yes, I've been spring cleaning too!