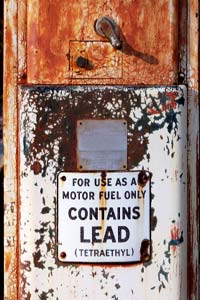 A little dirt never hurt anyone, right? And just as an occasional double-bacon cheeseburger won't burst any buttons, standing by someone who sneezes without a covered mouth doesn't guarantee a cold. Humans are equipped with top-notch immune systems and metabolisms that leave room for a slipup here and there.

Not so when it comes to ingesting lead poison. That gray stuff we commonly associate with pencils and paint works a number on our bodies since it has no biological benefit. The Centers for Disease Control and Prevention (CDC) considers any amount of lead exposure to be harmful. The metal gets inside our bodies when we ingest or breathe it in. The toys covered in lead paint that were recalled back to China in 2007 posed a direct threat since children might chew on them, and thus, consume bits of the poisonous metal. If lead poisoning occurs, symptoms including high blood pressure, nervous system disorders, muscle pain and headaches may accompany it.

Even more disconcerting, the National Institutes of Health (NIH) estimates that one in 20 preschoolers has a high level of lead in their bloodstream [source: NIH]. The potential risk of lead poisoning is greater in children under six years old since it attacks the nervous system and can cause developmental delays and learning disabilities.

Given that the federal government outlawed the use of lead paint in housing in 1978, how can it still be a menace to our health? Just because the use of the paint was phased out doesn't mean it disappeared from inside those older homes. According to the Environmental Protection Agency (EPA), around 24 million houses in the United States still have relatively high levels of lead in them [source: EPA]. When lead paint begins to chip and flake off, it can release the toxin into the air and raise the possibility of accidental ingestion, especially for younger children. Parts of the home subject to higher wear and tear, such as door and window frames, stairs and banisters, are most susceptible to leeching lead [source: EPA]. In addition to its presence in lead-based paint, traces of lead may also be found in gasoline supplies and water transported through lead piping.

In light of the dangers associated with lead, a variety of test kits on the market are intended to assess whether the toxic metal is present in the home. But research has shown that it's wisest to leave lead testing to the professionals. 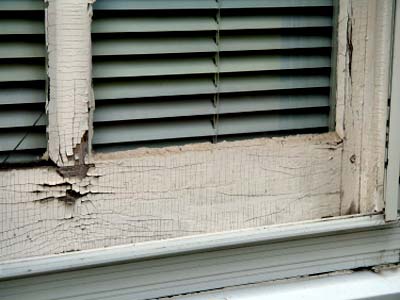 Many home lead test kits consist of chemically treated swabs that change color upon contact with lead. Rhodizonate and sulfide are two of the most common ions used in home test kits. When lead reacts with rhodizonate-coated swabs, they turn red or pink, and sulfide will become brown or black.

The reliability of home lead tests has come into question in recent years. In 2007, the Consumer Product Safety Commission (CPSC) tested 300 different home kits and found that more than half of them produced false negatives, or not accurately detecting the presence of lead. According to the study, if a lead-tainted object was covered with a nonlead based coating, the kits couldn't successfully identify the metal [source: CPSC]. Also, the time required for the swab to change colors ranged from a few minutes to a few hours, which could confuse some users. Consequently, the commission recommended that consumers rely on professional in-home lead testing services.

On a more positive note, the commission found a 92 percent success rate with X-ray fluorescence (XRF) screenings of lead-tainted surfaces [source: CPSC]. XRF evaluates the electron activity of elements in test areas in the presence of radiation. The radiation will ionize atoms by causing them to release low-energy electrons, which are then replaced in their orbital by higher-energy electrons [source: Wirth and Barth]. Depending on the wavelength, the energy emitted from the ionization process, the scanner can detect the element, such as lead, that it came from. However, XRF technology isn't generally available to the public, and it's used primarily by professional lead testers [source: CPSC].

The Environmental Protection Agency (EPA) agrees with the CPSC's findings. It advises people to consider professional testing when moving into houses built before 1978. Professional services will examine all of the painted surfaces in a house to determine whether and where any lead-based paint is present [source: EPA]. Beyond that, it's the responsibility of the home owner to decide the optimal method for removing it.

Getting rid of lead-based paint in the home is also better left to experts as well. Burning or sanding surfaces covered in lead-based paint can convert lead particles to gas and fine dust, which can be inhaled. Starting in April 2010, all contractors dealing with lead-based-paint-covered surfaces or removing lead-based paint must adhere to federally mandated lead safety guidelines in private homes, daycare facilities and schools built before 1978.

Closing Your Bedroom Door at Night Could Save Your Life
What are the dangers of mercury exposure?
Top 5 Home Security Tips