How do lock pick guns work?

Browse the article How do lock pick guns work? 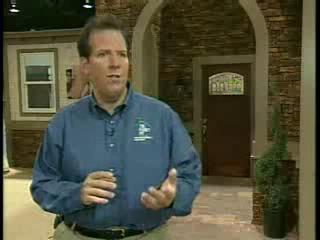 There are basically two ways for a locksmith to open a standard lock. One way is by using a pick (a thin piece of metal that curves up at the end, similar to a dentist's pick) to push up the pins in a lock until the bottom ones are all aligned below the shear line and the top ones are above the shear line, while an instrument, such as a screwdriver, is rotated in the lock. The other way is to "rake" the lock, by inserting a wider pick all the way into the lock and pulling it out quickly, bouncing the pins up, then turning the screwdriver. Although this way is not as exact, and remaining pins might have to get picked individually, this is the principle behind the electric pick gun.

As the metal pieces of the electric pick gun vibrate, they push up on the pins in the lock, and as you turn the gun, you'll be getting some of the pins at the shear line. While sometimes an electric pick gun can get a locked door open in a few seconds, sometimes it doesn't do the job at all. While the concepts behind picking a lock are relatively simple, lock picking is a very specialized skill that takes a lot of practice to master. Aside from being familiar enough with different kinds of locks so he can visualize what's going on inside of the lock, a locksmith needs to have a very developed sense of touch to feel the movements of the pins and springs, to know exactly how much pressure to apply, and to hear the faint click when a pin is above the shear line.