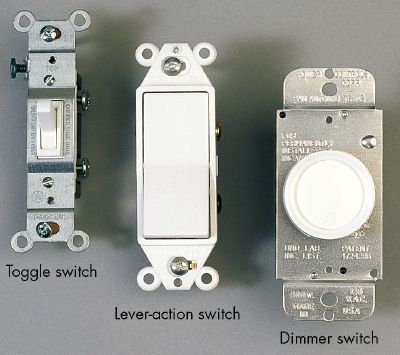 Sometimes a light fixture that's in perfect operating condition doesn't work because the wall switch to the receptacle is faulty. There are several primary symptoms of switch failure:

If you spot any of these symptoms of switch failure, install a replacement wall switch as soon as possible. Here's how:

Remove switch cover plate. If cover plate doesn't come off easily, it is probably being held in place by several layers of paint. Use razor blade or utility knife to cut paint closely around edge of plate to free it.

Inspect old switch to determine type of replacement model you need. (Replace cover until you return with new switch.) You must use the same type, but, in most cases, you can install a better grade of switch than the one you had before. 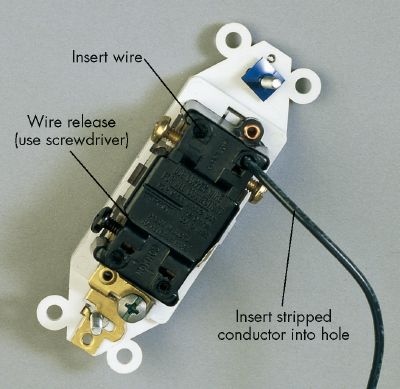 Prepare new switch for installation. Some kinds of wall switches have no terminal screws for conductor attachments. Instead, switch has small holes that are only slightly larger than bare copper conductors. Remove about 1/2 inch of insulation from ends of wires, then push bare ends into holes. Locking tabs make electrical connection and grip wires so they can't pull out. If necessary, release wires from old switch by inserting narrow-blade screwdriver in slots next to wire-grip holes.

Loosen one of the old terminal screws, remove wire, and attach wire to corresponding terminal screw on new switch. Repeat with remaining wires. Take care to connect wires so all bare wire is safely under screw heads; clip off any excess uninsulated wire. Procedure is the same whether you're working with simple ON/OFF switch or three-way switch, but you must be more careful with the latter. Verify wiring by comparing it with manufacturer's diagram on packaging of new switch.

If you're installing modern wire-grip type of wall switch, cut off end of each wire to leave only 1/2 inch of bare wire. Push one bare end wire into each wire-grip hole, and check that wires have caught properly by tugging gently on them. Caution: If wires or insulation going into electrical box are brittle or frayed, that part of circuit should be professionally rewired.

Replace switch in wall electrical box. Push switch into box carefully, and make sure wires fit neatly into box behind switch. There are small tabs extending from switch's mounting bracket; these tabs should lie flat against wall outside electrical box. They hold switch flush with wall no matter how electrical box is angled inside.

Put the Switch Back in Place

Put switch back into place, using two mounting screws provided with new switch. Oval holes in mounting bracket allow you to fasten switch so it's straight up and down even when screw holes in electrical box are tilted. 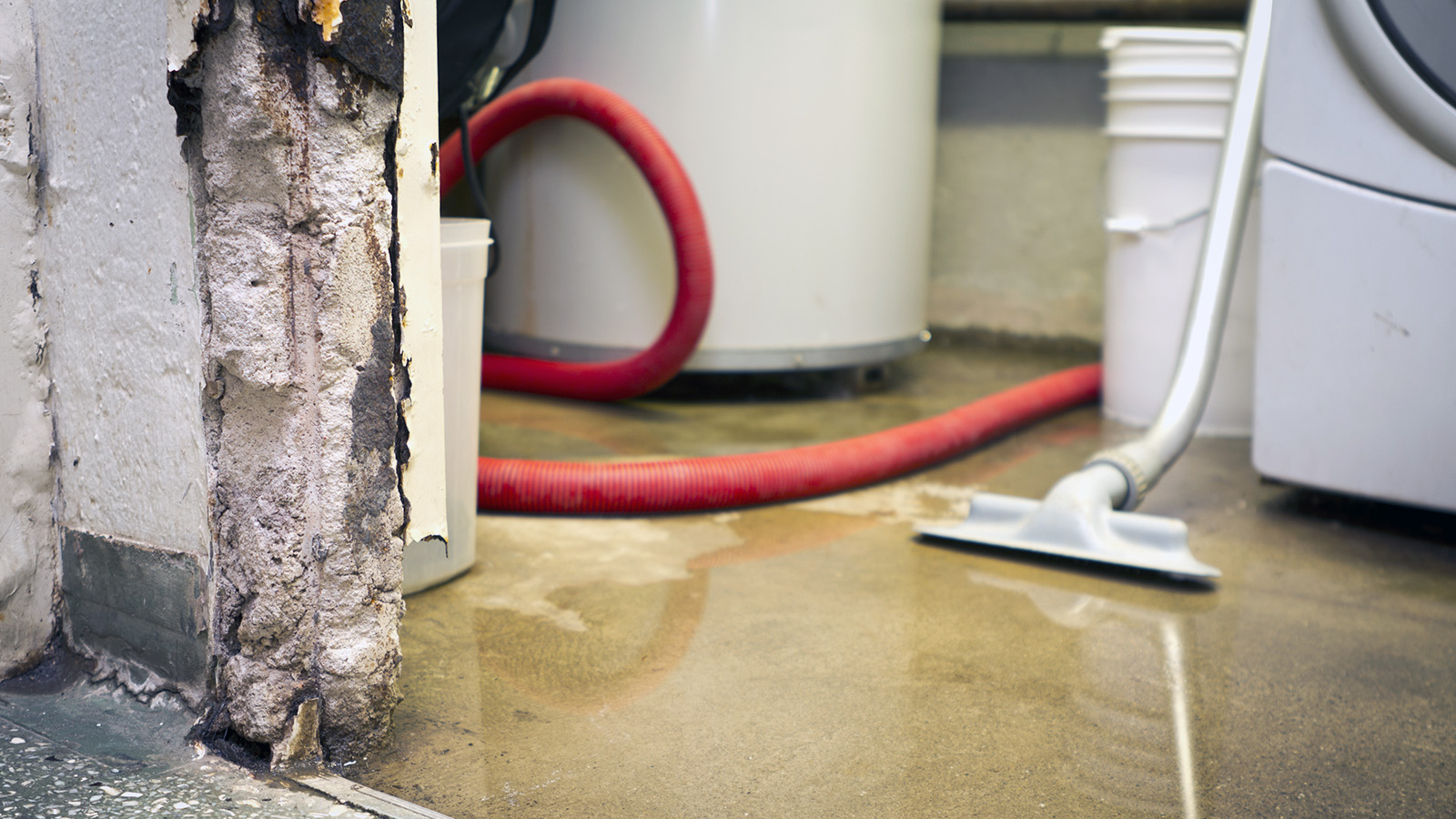 When it rains, it pours. And when that rain pours into your basement, that's bad news. HowStuffWorks tells you ways to keep that rain out.