How does toxic mold make you sick?

Browse the article How does toxic mold make you sick? 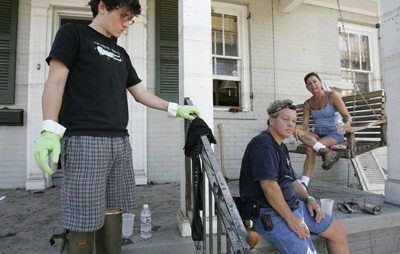 In January 1993, an infant in the Cleveland, Ohio area -- the first of 27 -- suffered acute pulmonary hemorrhaging. The children bled from their airways, their lungs infected with some unknown illness. One of the children died. An investigation into the cause of this terrible outbreak found that each of the homes where the sick infants lived sustained serious water damage. Within these houses, the greenish-black fungi Stachybotrys chartarum (S. chartarum) was discovered. It appeared the children's infections were caused by toxic mold.

The Cuyahoga County coroner re-examined all of the infants in the area who had died between 1993 and 1995, including those thought to have died from SIDS (sudden infant death syndrome). Six children were found to have lung tissue showing signs of pulmonary hemorrhage. It has yet to be proven definitively that the mold caused the deaths of the infants. But the question looms large enough that medical and public health professionals around the world began to wonder, if this mold is a health risk, just how extensive could the problem be?

While the term "toxic mold" is catchy and alarming, it's not the mold itself that's toxic -- it's the spores the fungi produce. S. chartarum and other molds like Fusarium and Trichoderma release spores that include dangerous substances called mycotoxins. When they become airborne, you can inhale them. You can also absorb them through your skin and intestines. And in addition to the toxic spores, these molds also produce gases which release mycotoxins.

These toxic spores are believed to cause skin irritations as well as lung inflammation and may suppress the body's immune system. It has also been claimed that toxic mold is responsible for memory loss and brain damage. Although a court ruled in favor of such a claim, medical science has yet to prove the link [source: White].

Mycotoxins may damage human health through cytotoxicity -- the spores kill off living cells to cut down on competition for resources. So the cells in your body come under attack when toxic spores like those found on the surface of S. chartarum invade your body. This could have myriad effects on your health.

There has been no definitive proof that the spores from mold like S. chartarum and other molds create serious health hazards in people. While mycotoxins possess properties like cytotoxicity and have been shown to create negative impacts on living tissues in laboratories, research into their actual effects on human health is relatively new. But investigation into how mycotoxins work has become a high priority.

Prompted by the deaths of the infants in Cleveland in the early '90s, organizations like the national Centers for Disease Control and Prevention and the Environmental Protection Agency have begun to compile evidence and create databases on toxic mold and how to fight it. Read about how to protect your home from mold -- toxic or otherwise -- on the next page.

Toxic Mold in Your Home 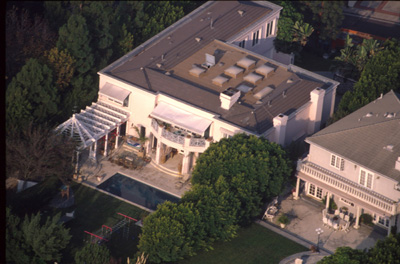 Former Tonight Show co-host Ed McMahon was awarded $7.2 million in damages from home contractors for failing to properly clean up toxic mold from his home following water damage. McMahon and his wife both fell ill from the mold infestation, and their dog Muffin died.
Getty Images

Mold can enter your home through a variety of ways. It can come in through an open window, your air conditioning system, a vent, or even attach itself to your clothing or pet. And once mold gets inside, it's difficult to get rid of entirely. Fungus spores may lie dormant in your home until they come in contact with the right conditions for their growth.

S. chartarum thrives in damp environments with a relative humidity of around 94 percent [source: EPA]. The need for this much humidity would logically cut down on the possibility of a toxic mold infestation, since most houses feature a much lower relative humidity than that. But a leaky roof, plumbing or even a damp flower pot can provide the humidity needed for S. chartarum and other toxic molds to grow.

Toxic mold prefers cellulosic materials, such as gypsum board and fiberboard. Wet building materials provide a perfect habitat for S. chartarum. Drywall and carpet damaged by flooding or broken water pipes can become colonized, and pose enough of a health risk that the CDC advises these materials be carefully removed and thrown away [source: CDC].

To examine under which conditions and on what surfaces chartarum grows best, the Environmental Protection Agency created a chamber to simulate different indoor climates. The EPA studied building materials commonly found in homes, like drywall and ceiling tiles. They also used these chambers to test antimicrobials -- agents like fungicides -- to find which works best in killing S. chartarum. While these experiments are not yet concluded, the EPA says its aim is to quantify the health effects of molds like S. chartarum on humans. In other words, the EPA seeks to find out how much mold is acceptable and how much, if any, poses a health threat.

In the meantime, agencies like the CDC recommend that all mold infestations be treated in the same way -- carefully. One of the reasons for this is because S. chartarum may colonize along with groups of other, less dangerous molds, and can be difficult to detect. And since almost all molds can cause allergies in some people, don't bother having samples taken of the mold you find in your home, says the CDC, just get rid of it.

If your home has suffered water damage from a broken water pipe or a flood, it's a good time to check for mold growth. Mold can grow and spread in as little as 24 hours on materials like drywall and wallpaper under the right conditions [source: Clean Air Council]. If you find any, it's time to clean. Wear a dust mask, rubber gloves and long sleeves and pants while you clean up a mold infestation.

Materials like carpet, ceiling tiles, pillows, insulation and drywall should be thrown away since they are absorbent and won't respond to cleaning. Hard surfaces like concrete floors, ceramic tiles and Formica countertops can be cleaned of mold. While the EPA continues its investigation into the best antimicrobial to kill toxic mold, the CDC suggests that you use a solution of no more than one cup bleach to one gallon water to kill mold (never mix ammonia with bleach, by the way).

After cleaning, make sure you've removed all of the mold; you can still get sick from dead mold left behind. And ensure that you've dried the formerly infested area well to keep spores from coming back. But you don't have to wait for a flood to kick mold out of your house. You can also fight mold every day by taking some simple steps like using your air conditioner during humid months and cleaning the drain pan beneath your refrigerator once a month.

For more information on mold and other related topics visit the next page.