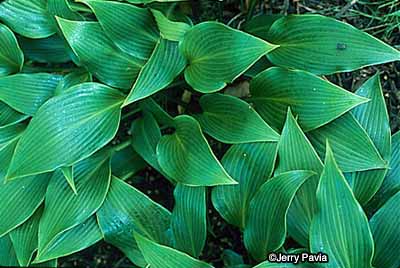 Hosta tardiflora is, as its name indicates, somewhat slow-growing -- at least for a hosta. But like other hostas it prefers a shady spot.

Eventually, hosta tardiflora will form sizable clumps. Its arrow-shaped, dark green leaves have a thick texture, and the large racemes of pale purple flowers appear in autumn just above the leaves. This compact plant is good where space is limited.