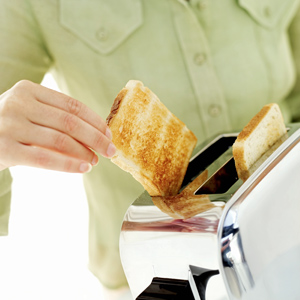 Take your toaster to the next level by getting one that can cook eggs, too.
Stockbyte/Getty Images

In these modern times, wouldn't you figure that everything that needs to be invented already has been invented? There are now more than 7 million patents [source: U.S. Patent and Trademark Office]. And that should be plenty, right? Perhaps.

And that's why so many hybrid appliances are either on the market or on the drawing board. Hybrid appliances are devices that have several purposes, like a combo toaster and egg cooker, or a clothes hamper that also washes and dries the clothes in it. Some are just for fun, like a refrigerator equipped with a keg.

To see future and current appliances for the home, read on.

OK, yes, this thing looks goofy, like a cow sitting on top of a dog. But the concept is brilliant: the washing machine stores the water it uses to clean your clothes until it's needed to flush the toilet. That used wash water is what is known as gray water. Because if you think about it, does the water you flush the toilet with have to be as clean, fresh and sanitary as the water you drink, cook with or wash you body in? Not really.

This hybrid appliance -- devised by Sevin Coskun of Turkey and entered into the Greener Gadgets design competition -- solves another quandary: Where do you put a clothes washer in an undersized apartment or bathroom? This makes use of the space typically wasted just above a toilet. And while a user might have to bend forward a bit to load and unload the washer, there is no bending down required. It's all at arm level. Just don't drop your socks in the toilet.

This is a conceptual design for a hybrid appliance and not yet on the market. 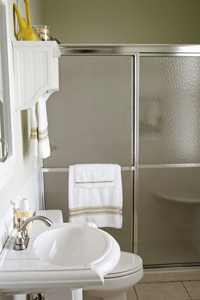 Do you have a cramped bathroom? Save space and water by putting your sink in the bowl of your toilet.
Janis Christie/Photodisc/Getty Images

This water-saving concept is so simple yet so alien that it's hard to wrap the mind around it. If you live in an area where water is an issue (and we'll all eventually be there, I imagine), then it might be worth your while to puzzle through this concept.

So what happens when you flush the toilet? The water in the tank and bowl, along with the forces of gravity, combine to flush the waste away. Then, fresh water flows in to eventually fill these two vessels.

Now, what if the fresh water flowing in was diverted before it went into the tank and bowl? What if that fresh water came out a little spigot on top of the lid and became a little hand-rinsing station? Then, that water would drain into the bowl, ready for the next flush, and be officially called gray water, and that's what you'd be using for your next flush instead of fresh water.

The way it works, the fresh water flowing into the sink only runs as long as the tank is being filled after each flush. And that, of course, is when you'd want to wash your hands anyway, right after a flush. The downside is that you have to bend over the toilet seat to use this device. And that could be a little awkward.

Kegs and keg parties don't necessarily bring images of a high class cocktail party. But there is something on the market that just may change all of that.

This refrigerator from Frigidaire removes the stigma associated with your big keg event. This sleek appliance holds the keg inside and a tube goes from there to a stylish spigot on the door. On the rare occasions where you're not having a keg shindig, you can remove the keg and use that interior space for more mundane items -- like food.

Of course, Frigidaire doesn't call this a kegger combo. Rather, it's referred to as a beverage center, which sounds a lot more refined, and the color is silver mist, which sounds even better. It's got a 16.5 cubic foot capacity and costs somewhere around $1,000. 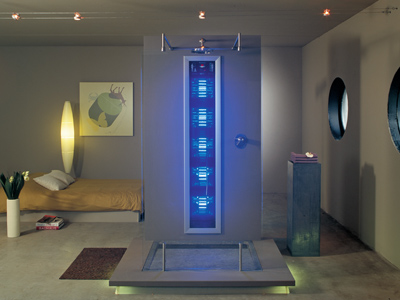 In the world of tanning beds, there's a chicken-and-egg question: Do you shower before you tan or after you tan? The ProSun SunShower solves the dilemma: You shower and tan at the same time.

According to the company, the shower uses a balanced UV light spectrum similar to that of natural sunlight. And by tanning just a little bit everyday, rather getting a whole big bunch of UV light on a tanning bed once a week, it could be easier on the body.

This hybrid appliance is made by ProSun International in St. Petersburg, Fla., and sold at high-end kitchen and bath stores. ProSun introduced the SunShower in 2006 and won the award for Best Bath Product at the Kitchen and Bath Industry Show 2006 [source: KBIS].

In 2008 ProSun introduced the SunShower with an anti-aging option, which is a panel of high-intensity LEDs that, the company says, "employ near-infrared light to penetrate deep into the skin in order to reduce the appearance of aging, fine lines, wrinkles, enlarged pores and crow's feet." It sounds like the fountain of youth has finally been invented. 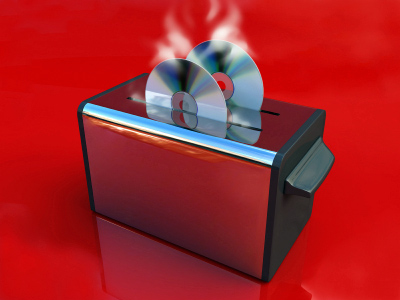 Get a toaster with a radio in it so you can dance while you toast.
©iStockphoto.com/adventtr

It's morning and as you're toasting your seven-grain artisan bread you're also listening to your local news station or National Public Radio. So why do you need two separate appliances to perform your daily ritual? Answer: You don't.

This radio toaster, available from Hammacher Schlemmer for about $60, has rounded, old-fashioned styling with the radio speakers and radio knobs on the front. The toaster function has several settings, including thaw and bagel.

You might wonder what the connection is between radio and toast. Consider this: With this combination appliance, you can find out from your local station whether or not there's bad weather or a traffic jam on your route to work. If not, you might just have another dose of toast, with jam. Or, if commuting challenges are in store, you might toast and run. Plus, if you've got a super tiny kitchen, this is a space-saver.

This concept comes from the Electrolux Design Lab competition, which invites graduate and undergraduate industrial design students to imagine innovative household ideas of the future. Specifically, the jurors want to see appliances that will shape how people prepare and store food, wash clothes, and do dishes over the next nine decades.

This iBasket took second place and was designed by Guopeng Liang of Tongji University in China. Here's how it works: During the week, you toss your dirty laundry into the basket. When it senses that it's full enough, it gets to work and washes your clothes, then dries them, then sends you an email telling you it's time to fold and put away your clothes.

Obviously, some challenges would arise. You might need several iBaskets to hold different types of washing, like whites, delicates and colors, that you wouldn't want all mixed together. But there is potential for a laborsaving hybrid appliance like this. Only the future will tell.