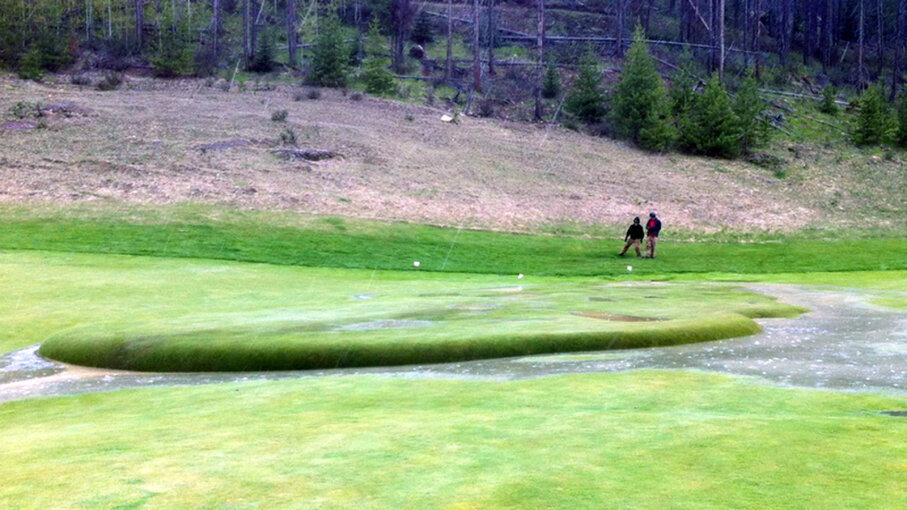 Who hasn't had the urge to pop a blister or an angry zit? One search on YouTube shows we at least have a fascination watching other people do it. But what if one appeared on your lawn? Wouldn't you want to squeeze it until all its liquid oozed out? Of course, you would!

But lawns don't get fluid-bulging blisters, do they? Actually some do. They're called "lawn bubbles," "grass blisters" or "turf bubbles," and they're cool to look at — and more fun to pop.

So what exactly are they? Well, a lawn bubble is nothing more than a balloon of water that forms beneath the surface of the grass. Like a pimple on your forehead, the blister can grow to tremendous sizes. A video went viral in 2017 when James Callender, a resident of Cambridge Springs, Pennsylvania, found a lawn bubble in his backyard after a heavy rain. There was no other reason for the blister to form: no leaking septic, no broken water line. Nothing. The blister was larger than a waterbed, and a lot wavier.

Lawn bubbles form for a variety of reasons. Sometimes water gets trapped between plastic sheeting below the turf. Landscapers use sheeting when the soil is bad. They'll throw good soil on top of the sheeting, so the grass they plant grows beautifully. Most of the time, grass bubbles form when water inundates an area after a rain storm or a burst pipe.

In 2016 in Siberia, scientists were astonished to find 15 lawn blisters. At first, scientists though the blisters were created by methane oozing from melting permafrost. Then they deciphered it was mostly water trapped between the topsoil and the permafrost. When moisture from the topsoil melted, the water had nowhere to go because the ground underneath was still frozen. The result was a "bubble."

Once they looked more closely, however, scientists determined the bubbles also contained high levels of carbon dioxide and methane. The gases form as organic matter and dead grass decay. The tiny microbes trapped below the surface devour the rotting matter creating CO2 when oxygen is present, and methane, when there is no oxygen.

Now That's Scary
Scientists say there is a lot of carbon dioxide and methane trapped between permafrost. The gases were created millions of years ago by ancient microbes consuming organic matter. Experts fear as the planet continues to warm, and the permafrost melts, these greenhouse gases will seep into the atmosphere, making a bad climate situation worse.