10 Stones to Use in Your Hardscape

by Jessica Brown
Prev NEXT
10 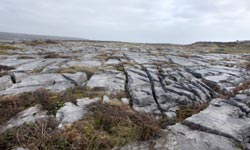 When choosing limestone, it's important to keep in mind its rating. Limestone with lower ratings won't hold up to bad weather.
Steve Ryan/Getty Images

One option for garden hardscaping is limestone. It's a sedimentary rock, or a stone that's made up of eroded grains of rock, fossils and plants, along with mud and sand that's compressed and packed together. Limestone comes in a range of colors from white to red and black [source: The Stone Network].

Traditionally, limestone has been used in many building projects, including the Empire State Building in New York City [sources: Public Broadcasting System, Hill]. Limestone, like most natural stones, can stand up to the elements outside. For hardscaping purposes, limestone works well as a wall stone as well as a stone for creating flooring such as patios or walking paths [sources: Lawrence, First].

It's important to note that limestone is rated by ASTM International, an organization that develops standards for items such as materials and services based on how it performs under different situations. These ratings should be taken into account when choosing your stone [sources: ASTM International, Roehrig]. "An ASTM Type I limestone represents the lowest performance classification of limestone and may be unsuitable for applications requiring low water absorption, high wear resistance and strength," says Peter Roehrig, general manager at Valders Stone & Marble, Inc. "Type III limestone, on the other hand, is suitable for virtually any exterior use or application due to its high strength, low absorption [and] high wear resistance."