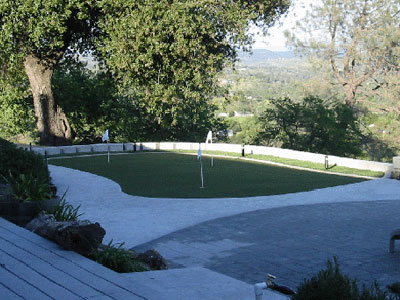 A backyard putting green at a home in California.
Courtesy WLMS Landscaping

There's nothing more depressing than a neglected tennis court in someone's yard. The net is half hung and the asphalt is cracked and filled with sprouting weeds. It's unpleasant, but an unused island or flower bed with scrub tree saplings sprouting haphazardly from leaf-encrusted earth isn't much better. Put these two ideas together, though, and zing! you've got yourself­ a good idea: a backyard putting green. ­

In the mid-1990s, the concept of adding a putting green in one's backyard took root around the United States. It's not just for golf maniacs: Backyard putting greens are a less expensive alternative to installing a basketball or tennis court, and, when installed correctly, can add manicured beauty to a residential landscape.

­While landscaping with ornamental trees, perennial plants and shrubs is done specifically for the sake of aesthetics, putting greens can also be pract­ical. They provide recreation as well as visual appeal. So can a backyard putting green be considered landscaping? If not, someone should probably alert landscaping companies across the U.S. that have been supplementing their incomes during off-season months and droughts by installing putting greens since the 1990s.

What's more, natural grass putting greens are so labor-intensive that some companies won't install them if they doubt the owners have the time or resources to maintain them [source: TourGreens]. These companies also offer landscaping and water feature installation to soften and accent the putting green.

To cut down on putting green maintenance for people who want one without the hassle, landscape companies now offer them with artificial turf. The decision between natural and artificial is an important one, but far from the only one you'll need to make before you invest in a putting green for your backyard. Read on to find out what other decisions you might face. 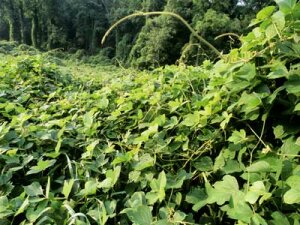 How to Landscape with Native Plants 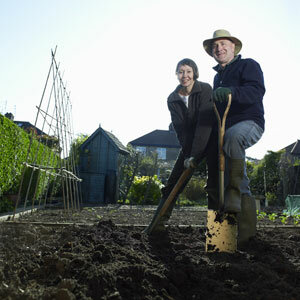