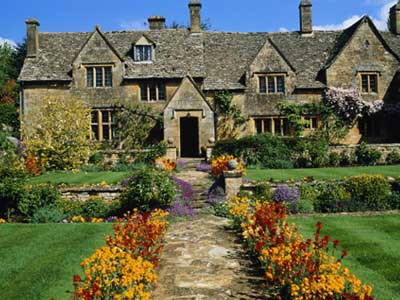 ­Everyday we hear about the problems the world faces. War, famine, disease…and the list doesn't end there. Every year, roughly 13 millions hectares (ha) of land is deforested, mainly through conversion for other uses, like parking lots and roads [source: WWF]. How will Earth function if we deprive it of its natural state of being and its ever important ecosystems? And what can we do about it now?

Well, the answer just may be to rebuild the world from the g­round up. And even the smallest contribution can make a positive impact.

Essentially, that's the idea behind landscape restoration, sometimes referred to as forest landscape restoration. As far as the big picture is concerned, landscape restoration is defined as a planned process that aims to regain ecological integrity and enhance human well-being in deforested or degraded forest landscapes. The idea isn't just to plant new trees, but to rebuild successful complete ecosystems within large-scale areas, not just small individual sites. Restoration aims to improve water quality, re-habituate species to their original homes and stabilize healthier soil (and in turn healthier vegetation).

­People around the world have begun to respond by demanding legislation, volunteering and donating to world organizations. But there are still a lot of things that experts ­say need to happen before we can truly begin to restore Earth's wildlife. They say we must decrease our reliance on non-renewable energy, reduce our use of toxic materials and focus on the goal of rebuilding the damaged environments of capable areas [source: Russ].

You might think this sounds like another save-the-rainforest concept, but it doesn't have to be so broad. And it isn't just about the removed rainforests of the world. It can be about your neighborhood or your local park. Read ahead to learn more about the specific consequences associated with run-down landscapes.

­We understand the problem, now what's the solution? Think there's not much you can do? Read ahead to see if you're right (spoiler alert…you're not).

­We all see a somewhat similar picture in our minds when we imagine the "American dream" home. Its lawn is perfect. The grass is cut, healthy and full. There are trees and shrubs surrounding the property. Flowers serve as borders for each and every walkway. But drive a mile down the road and there's the inevitable abandoned home. The grass has dried up and died. The soil has turned into light dirt. That run-down, depleted piece of land is more than an eyesore; it's a waste of valuable Earth. And much of the Earth's landscapes are beginning to look like that abandoned yard.

Forests and wildlife are valuable parts of our economy. Roughly 1.6 billion people around the world are dependent upon the resources we get from forests and landscapes. Now, take into consideration the fact that over 50 percent of the Earth's original forest coverage is gone, it's definitely a problem [source: WWF]. What will happen to those 1.6 billion people if we continue to deforest areas?

Still not sure what specific things we get from nature? Think of firewood, food, drinking water and plants that are active ingredients in a majority of common household medicines. Nature provides more than a pretty sight.

You might have already heard countless pleas to save the rainforests. But it'­s for a reason! After all, rainforests used to cover about 16 percent of the earth’s surface. Now, that figure is down to 6 percent. How long until they’re completely gone and there’s little we can do about it? Experts say this day could come in less than 40 years. Over the next 25 years, almost half the world’s animals and plants will be harmed by rainforest deforestation [source: Rain-Tree].

There's a global movement toward forest landscape restoration, but that doesn't mean those of us who live in cities already developed don't have a role to play. There are some easy steps anyone can take to do their part.

­Some of the simpler solutions to keep in mind involve proble­m-solving and logic you learned in childhood. Just share and recycle. An example would be two office buildings neighboring each other sharing a common parking lot. It's beneficial for the landowners and the Earth. By constructing a lot that's space efficient, not only are the owners able to split the costs, but less land is disturbed and destroyed.

Another option is to not just recycle, but make an effort to use products that have been recycled during production. When building new property, there are plenty of recycled materials out there for you to use.

A new trend growing in functionality is smart growth. This is the concept of slowing suburban growth by developing and fixing up communities or properties that already exist as opposed to moving to previously uninhabited areas [source: Russ]. Local governments have been doing their part by exerting tax dollars to do just that. Find areas that are already equipped with utilities and access to roads and build them up. It's environmentally friendly and a successful step toward preserving land.

Ghandi said, "Be the change you want to see in the world." Doing your part through landscape restoration is one small step you can take to be that change.

Recently Congress began to take a deeper look at landscape restoration. The Forest Landscape Restoration Act of 2008 has been introduced and will later be voted on. The act would create a department within the government to study techniques, put together plans and carry out restoration in specific areas. And don't worry too much about your tax dollars -- the estimated cost is less than $2 per American over five years [source: GovTrack].