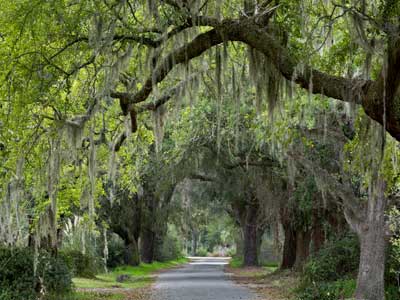 When the landscape looks like this, you know you're in the South.
Adam Jones/Getty Images

­To figure out where people are from, you can listen to their accents. Do they speak with the softer, more drawn out rhythms of the South or the sharper pitch and cadence of the North? A finely tuned ear can detect a wealth of information about someone's upbringing, travel and cultural influences from accent alone. These vocal cue cards are part of a region's character, along with its history, cuisine and demographics.

And behind that regional character is the landscape that initially shaped it. When you think about the Deep South, you conjure up great oaks draped in Spanish moss. For the West, you might picture blooming cacti and sagebrush. In this way, the trees, plants and flowers that naturally adorn where we live reinforce our sense of place.

Regional gardening adheres to that philosophy of the interconnectedness of human culture and the physical world. The landscaping technique focuses on gardening with plants known to flourish in your region. That, in turn, seamlessly enhances and beautifies the landscape and offers a sense of cultural continuity. In the United States, New Orleans is considered the birthplace of this gardening style, due to its signature terrain and climate [source: O'Malley and Treib].

­You can compare it to a larger-scale version of native plant gardening, which uses only plants indigenous to a region, ecosystem or habitat. A regional garden might include native plants as well as some known to grow in multiple areas. Fr­om a utilitarian perspective, regional gardening also means less work for the gardener. By selecting flora meant to harmonize with the climate conditions of the location, you aren't engaging in an uphill struggle to force unwilling, exotic plants to thrive.

So how do you differentiate between gardening regions? There are a multitude of ways to plot off gardening regions, since the geography, temperatures, altitude, humidity and other climate conditions vary across the country. It's common knowledge, for instance, that the plants that grow along the Atlantic coast, such as palmettos, don't fare well in Plains territory. To understand how land is picked apart and parceled in to regions, a simple place to start is the Hardiness Zone Map. 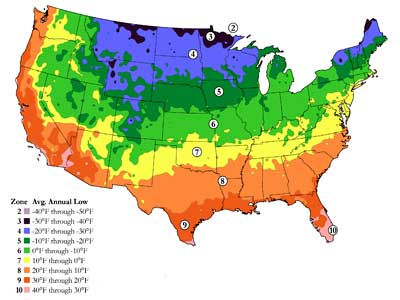 Successful regional gardening hinges on knowing what plants are suited for your zip code's climate. What flourishes in Boston may wither in Fresno, Calif., or Cheyenne, Wyo., since the cities don't share identical growing conditions. Or the same plant could require different levels of care in different locations. To help us know what plants will thrive in our backyards, the U.S. Department of Agriculture (USDA) devised a cheat sheet, called the Hardiness Zone Map. Most plants you buy come with a reference tag that details optimal sunlight, season and watering schedule. Plants may also have a number listed beside a color-coded map of the United States. That number and map refer to hardiness zones.

­The USDA's map divides the United States into 11 hardiness zones. Hardiness zones, numbered one through 11, denote the lowest temperature ranges typical for that region and are ranked from coldest to warmest. Neighboring zones are 10 degrees higher or lower than each other. All zones, except for 1 and 11, also are split into "a" and "b" subregions, which are separated by 5 degrees. Why do hardiness zones only measure cold extremes? Plants are more sensitive to cold than heat.

When using the hardiness zones as your gardening guides, remember that it applies only to perennials. Annual plants die at the conclusion of their growing seasons, rendering the zone distinctions irrelevant. The USDA hardiness zone map also isn't flawless. Its accuracy varies depending on your location. If you live in the flatter geography of the Eastern and Plains states, the zones are fairly reliable. But as you travel west, the map skews somewhat because of the mountainous geography. The interaction of the higher elevations and weather moving eastward from the Pacific Ocean outweighs the influence of temperature on plants [source: National Gardening Association].

In addition to cold temperatures, a gardener must consider factors such as water, light, ambient temperature and soil acidity. As with hardiness zones and climate, those elements will shift as you move among gardening regions. 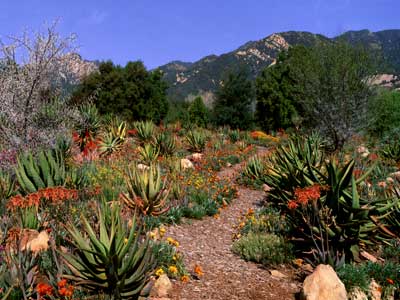 ­There are some general guidelines that apply to planning any regional garden. First, you need to understand a little bit about geology. The way the physical earth is shaped in your region, its elevation and proximity to water determine the quality of soil you're working with. Plants prefer different pH levels in the soil, and you might need to adjust your soil's acidity with fertilizer. The Piedmont region, for example, has rockier, more acidic soil since it's located along the foothills of the Appalachian mountain chain. Coastal areas, however, will have sandier soils.

Sunlight intensity and rainfall should also be accounted for. What amount of shade will cover your garden? How intense is the afternoon sun? Should you plant drought-resistant varieties to endure dry summers? The answers to questions like these will also inform what should go in your regional garden.

Then, of course, there's the actual region that you live in. The term "garden region" can be slightly misleading since there are many ways to define them. Some regions encompass multiple states and geographies. Better Homes and Gardens magazine, for instance, refers to six gardening regions in the United States:

The National Gardening Association, on the other hand, breaks them down further with 12 regions:

Some states will designate multiple gardening regions within their borders as well. The University of Idaho Extension divides the state into northern, central, southeast and southwest growing regions. Yet, the entire state is contained within the National Gardening Association's Western Mountains and High Plains region.

For that reason, you can find a regional gardening handbook for nearly every state. If you're interested in planting a regional garden, you may want to consult state and regional horticulture resources for information on your local growing conditions. That plants most tailored to your region will often require the least amount of care and offer long-lasting enjoyment.