Making a Man Cave in Your Backyard 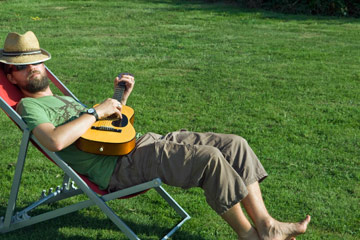 A lot of men would be happy with a chair and a guitar, but you can step it up a notch!
Polka Dot/Thinkstock

"Man cave" may be the new buzzword, but the concept of a man cave has been around for a long time -- with a different name. Back in the day, it was called a study, where the man of the house would retire with a stiff drink and a cigar to play poker, regale his mates with tales of big business and indulge in other manly flights of fancy of the period. Over the years, the study morphed into the slightly less refined man cave, where the leather Chesterfield was replaced with a pleather recliner, the card games were replaced with a foosball table and conversation replaced with a big screen TV.

By any name, though, the man cave has largely remained the same -- a place for the males of the house to kick back and have a little "me time." Today's man cave has become a place where the neon beer sign is acceptable décor and the no shirts, no shoes, no service rules don't apply. The only rule in the man cave is that there are no rules. Feet on the couch? No problem. Spilled drink on the floor? The dog will clean it up. It makes sense that during the months when the weather is nice, your man may want to move his cave into the great outdoors. Read on to find out some tips on transitioning to a suitable outdoor man cave. 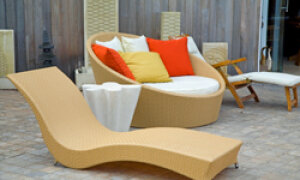 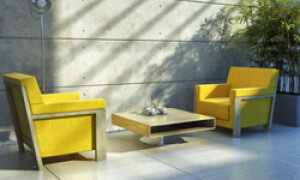 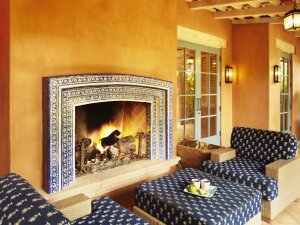 5 Tips to Install a Fireplace on Your Deck