by Joseph Miller
Prev NEXT
5 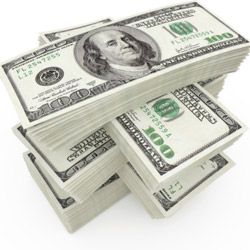 There are some places where it's green all year round.
iStockphoto/Thinkstock

So far we've covered two of the most expensive ZIP codes in Manhattan. But one tops the city: 10014. This upscale ZIP code is home to the Far West Village, the part of Greenwich Village that runs along the Hudson River [source: NYC.gov]. A median price home here will cost you $3.7 million [source: Forbes].

The Village drew notoriety in the 1950s as home to the Beat movement and later countercultural musicians in the '60s. Like the renewal that happened in SoHo, Greenwich Village found defenders of its original architecture against the threat of destruction, like activist Jane Jacobs [source: The Far West Village]. Today, the historically maritime area is a true residential spot in a bustling city, albeit an expensive one.