by Sarah Alban
Prev NEXT
8

Communicate with Other Members 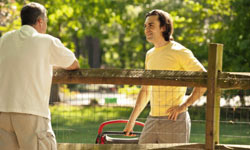 One of the biggest advantages of living in a neighborhood with an HOA is the bond you can form with neighbors.
Comstock/Thinkstock

One of the biggest advantages of living in a neighborhood with a homeowners association is the bonds you can form with your neighbors. You might never talk to some of them, but they are paying the same monthly dues and working to stick to the same regulations, so you have a lot in common, and this might come in handy.

First, if your homeowners association suddenly starts assessing violations and charging fees on a large-scale, you're not going to be the only resident suddenly feeling targeted and pressured to pay. In 2010, a community in St. Augustine, Fla., banded together against an association that appeared to be shunning residents' trust and using "extortive methods" to collect dues [source: Historic City News]. The residents somehow learned of each other's plights, and a legal investigation was instigated to see if their complaints had any merit.

Knowing your neighbors can have defensive benefits as well. Sometimes, it's not the association but rather an individual in the neighborhood who calls attention to a homeowner's violation. If you hang your clothes to dry on a line in an upscale, polished subdivision, a member of your HOA may turn you in, and that can result in hundreds of dollars in fines. But if you've befriended your neighbors, they'll be more likely approach you before the association, and you can avoid the unpleasant scenario entirely.