Should you buy a repossessed houseboat? 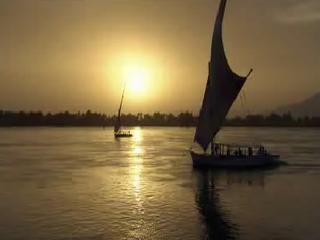 Basically, what you're asking is whether or not you should buy a second-hand houseboat. If you've decided that you want or need a houseboat, buying it second-hand from the owner or from a bank that has no interest in owning it (which is what’s meant by repossessed) can save you thousands of dollars compared to buying it new. The downside, however, is that a second-hand houseboat doesn't come with any sort of guarantee as to its condition. It could be that the houseboat is in fine condition, and that the owner has fallen on hard times or it could be that just as the owner was unable to keep up with his payments on the boat, he was unable to keep up with whatever repairs were needed. Have someone who's knowledgeable about houseboats thoroughly inspect the houseboat (including the engine and other machinery) and give you an estimate of how much work and money you'll have to put into it for it to be seaworthy or even just livable while docked.

While some people are looking to buy a repossessed houseboat for themselves, others are planning to “flip” the boat. This means they want to buy it, fix it up, and then sell it for quite a bit more than what they paid for it, whether for the "do it yourself" hobby enjoyment, to make some money, or both. Before a houseboat is repossessed, the owners sometimes try to sell it for whatever they can get to pay back as much of the loan as they can. This situation could lead to particularly good prices for used-boat buyers.

Keep an eye out for classified ads, online auction databases and boat auction houses if you’re looking for a deal on a repossessed houseboat. Marine Lenders Services, for example, displays a listing of the various repossessed boats and yachts they handle, including information about the year the boat was built, how much it's worth, its length and description, and its current location. You're welcome to have a marine survey (inspection), including a test ride, and to place a bid on the boat. The bank that's selling the repossessed boat may then reject your bid, ignore it, accept it or make a counter offer.