Can you buy your own home at a foreclosure auction? 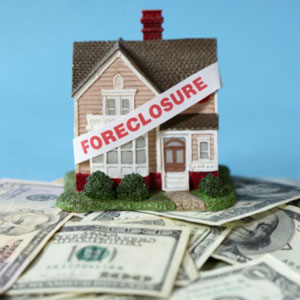 If you want to keep your home, it's best to avoid ending up in foreclosure in the first place.
Daniel Hurst/Brand X Pictures/Getty Images

As of January 2011, one in every 93 households in Nevada was in foreclosure. In Arizona, that number was one in 175, and in California, one in 200 [source: CNBC]. With some areas of the country showing such high foreclosure rates, there's a good chance that you or people you know are headed for, or are already in, foreclosure.

It can be a very sad situation, as many who love their homes are heartbroken to lose them. While they watch helplessly as their homes slip away, they often wonder if they should try to bid on their own home during the auction. Can they actually do this? Yes -- legally, they can. But is it really a good idea? Read on.

If you decide to bid on your own home, you have some major hurdles ahead. First, you need to have the cash to buy it outright. Generally, a person whose home is in foreclosure doesn't have that sort of spare change lying around.

Buying your home back for less than you owed is a rarity. If you're the winning bidder, you must pay all that's owed; none of the old debt goes away. The balance owed on the mortgage remains, as does any debt from additional mortgages. And now, with the foreclosure procedures, there will be foreclosure costs, default interest payments, fees and any other costs that have been amassed, so it's likely that the total will be more than you owed in the first place.

You can try to renegotiate the other loans, but there's no guarantee. Without successful renegotiation, you're still on the hook for the full amount, or possibly more.

Next up, we'll look at a couple of other ways in which you might be able to keep your home.

If you love your home and want to keep it, and it makes financial sense to do so, avoid foreclosure at all costs. You can actually avoid foreclosure quite a long time into the process after your defaults begin, even up to the moment of auction. Saving your home before a foreclosure auction is generally thought to be better than trying to buy it back at auction. To avoid foreclosure, be sure to make all your past payments, and refinance the home if at all possible.

But can you still save your home once it's entered the foreclosure process? In some states, foreclosures are processed through state courts in a process known as judicial foreclosure. In those cases, you may have a statutory "right of redemption" that affords you a short window of time (often measured in months) to regain ownership of your home after it's been sold at auction. In other words, you have the right to buy it back from the person who had the winning auction bid.

The price you'll pay is the amount paid by the winning bidder plus any taxes or assessments that are due. Costs and interest will be up to you as well.

For more information on foreclosure, check out the links on the next page.

How to Buy a Foreclosed Property
What is foreclosure fraud?
Should you buy a distressed property?