What Are Graduated Payment Mortgages?

Remember the maxim "pay now or pay later"? This is the basic idea behind GPMs. Basically, they allow you to buy more house than you can afford -- for now. While your payments during the first few years could be as much as several hundred dollars lower than they would be if you took out a 30-year fixed-rate mortgage, they will ultimately be higher. It also takes you longer to build equity in the home, and you will end up paying more interest in the long run with a GPM. 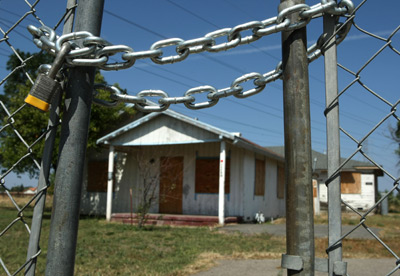 Justin Sullivan/Getty Images
In spring 2008, Stockton, California, led the nation in foreclosures, with one of every 30 properties being repossessed. If you know your income will go up in a few years, graduated mortgage payments can help you
avoid this fate.

You can get a GPM from any lending institution. You can choose from among several plan types, which typically involve annual payment increases of 2.5 percent, 5 percent or 7.5 percent during the first five years, or 2 percent-3 percent increases over 10 years. The higher the annual increase, the lower the early payments are. If you choose the 7.5 percent option, you'll have lower initial payments but ultimately end up with a higher payment.

On a $200,000 loan with a 30-year fixed rate of 6.5 percent, your monthly payment of principal and interest would be set at $1,264 for the life of the loan. Let's look at what happens if you take out a GPM loan for the same amount and same interest rate, comparing the 2.5 percent and 7.5 percent plans:

As you can see, while the 2.5 percent plan starts off with monthly payments $200 higher than the 7.5 percent plan, annual increases are much smaller (about $30) and payments level off at a lower amount.

On the next page, find out what you should know before taking out a GPM and why they aren't for everyone.