What Is a Growing Equity Mortgage (GEM)? 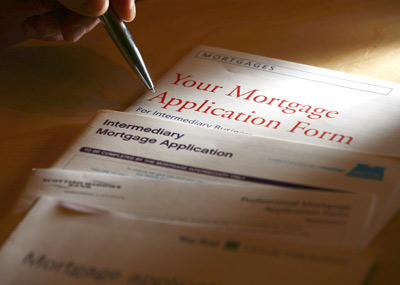 Prospective homebuyers can apply for many different types of mortgages. It's important to review all options before choosing a mortgage. Those who don't have much income now but expect their monthly income to increase may want to consider a growing equity
Jeff J. Mitchell/Getty Images

Paying off a mortgage in half the time seems like a good deal, but maybe it's too good to be true. How exactly does a growing equity mortgage work? A GEM has a fixed interest rate. This interest rate is often lower than the current market rate, because payments will increase over time. The increase occurs gradually, either monthly or annually. It's usually based on an index like the U.S. Commerce Department Index, or on a schedule that you and the mortgage company have agreed upon at the start [source: Utopia Mortgage & Real Estate].

Because the payments increase so often, the borrower is paying such high amounts that the interest doesn't increase. No negative amortization is allowed. Negative amortization is when the amount of money owed increases because the monthly payment is so small that it doesn't cover the interest due. It typically occurs when interest is high and payments are low. You may see a similar situation when someone pays only the minimum on a high-interest credit card that carries a large balance. But GEMs don't have negative amortization on account of the high payments and low interest rates, so your payments go toward paying down more of the principal of the loan -- not just the interest. Coupled with the continually larger payments, a GEM allows a 30-year mortgage to be paid off in 15 to 20 years -- sometimes even less [source: National Association of Home Builders].

As we learned earlier, people who don't have large amounts of money saved up for a down payment -- like young families or first-time homebuyers -- can pay off a mortgage more quickly with a GEM. However, the entire plan is contingent upon the fact that a person will be able to afford a higher payment in the future. Just being a first-time homebuyer doesn't automatically make someone a good candidate for a GEM. If that first-timer is already settled into a career with few promotions down the line, he probably won't be able to make the increased payments because his income will stay about the same.

Meanwhile, someone who has just graduated from school and landed a new career is probably not making a lot of money yet. But she may be working at a company with a lot of room to grow. Maybe she's on a career track leading to a high-paying job. With the anticipated increased salary, this prospective homebuyer is an ideal candidate for a GEM. Someone considering a GEM should be sure that he or she will earn more money soon to afford the increasing mortgage payments on a GEM.

But life doesn't always happen as planned. What happens if your income doesn't increase as you expected or if you suddenly lose your job? GEMs have their downsides, so read on to find out the advantages and disadvantages of a GEM.

A typical GEM plan begins with monthly payments similar to a regular 30-year mortgage. The payments will then increase each year, generally between 1 and 5 percent. At that rate, the mortgage’s actual term will be 22 years at the longest, and could easily be several years less than that, depending on interest and the rate of increase.