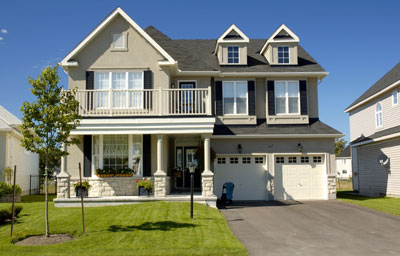 Taking out a home equity loan puts your home on the line. Make sure that you can afford the terms and conditions of the loan agreement.
Photo courtesy stock.xchng

To protect consumers from entering into unfair loan agreements, the United States Congress passed the Consumer Credit Protection Act, also known as the Truth in Lending Act, in 1968. According to the act’s provisions, a lender must disclose important terms and costs of home equity plans, APR, payment terms, information about variable rates and any other miscellaneous charges. The act also allows three business days from the time an account is opened for the consumer to cancel the agreement. In case the borrower does decide to cancel the loan, he or she must inform the creditor in writing, and the creditor then has to cancel their security interest in the borrower’s home and return all application and loan fees.

The Consumer Credit Protection Act is especially important when considering that some people seeking second mortgages may be in difficult, or even desperate, financial conditions. Because of that, unscrupulous lenders may try to take advantage and offer them terms which they cannot afford or secretly change aspects of a loan agreement.

If the three-business day cancellation period passes and you decide that you have somehow been taken advantage of, report your lender to the Federal Trade Commission. You can also contact consumer protection agencies, housing counseling agencies or your state bar association for referral to a lawyer.

Some lenders allow you to convert from a variable rate to a fixed-rate during a home equity plan, or to convert some or all of your debt to a fixed-term installment plan. Other lenders may not allow you to withdraw money when your interest rate reaches the pre-established cap.