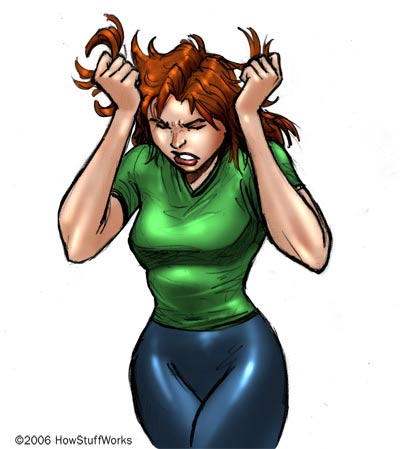 Sometimes insurance companies make it very difficult to find coverage, but there are other options out there.

Sometimes there are more challenges to getting insurance than just finding the best rate. At times, it can be difficult to get insured at all.

If you live in an area considered "high risk," such as one with severe weather conditions or an urban area with lots of crime and theft, insurance companies may decline to cover you. A home with old plumbing, heating or electrical systems may also be denied coverage, though these problems can generally be fixed through repairs.

If a company refuses to insure you, it's probably because they consider your home in some way to be too much of a risk. In that case, find out if there are any improvements you can make. If you are in a new home, ask a realtor for companies that insure in the area, or if you just purchased your home, find out from the previous owners who insured their home.

If you live in an unusually high-risk area, consider the Fair Access to Insurance Requirements (FAIR) Plans. Information about FAIR plans is available from the Insurance Information Institute. This program, created in the 1960s, allows people living in very high risk areas to become insured. The plans differ depending on the state, but all of them cover losses due to fire, vandalism, riot and windstorm. Still, please note that they aren't available in every state.

Similarly, residents in seven Atlantic and Gulf states may be eligible for the Beach and Windstorm Plan. This program provides residents in some areas with coverage against hurricanes and other storms.

If you are having difficulty obtaining insurance, you can contact the Institute for Business & Home Safety, a nonprofit agency that advises businesses and individuals on how to minimize property losses from natural disasters and other events. While they don't work directly on behalf of consumers' in obtaining insurance, the expertise IBHS provides can help to improve the condition and safety of your home, which in turn can boost your chances of finding an insurer. Check out their Maintenance Matters section for suggestions on projects that will keep your home safe and prevent headaches in the future.

When broken down into simple terms, insurance can be considered a method for distributing risk among a group of people so that no single person feels the full effects of a loss. Defined that way, insurance has a long history. In ancient China, farmers’ crops were taken to market via water, rather than land. If a ship sank, obviously it meant great financial loss. Eventually, farmers distributed their crops across a group of ships so that the sinking of one ship wouldn't ruin one lone farmer. Other ancient societies had similar systems of safe-guarding individual investments. In the 13th century, European merchants began insuring their ships by signing contracts with wealthy benefactors that provided compensation in case a ship was lost at sea [ref].

In a then anonymous letter to The Pennsylvania Gazette on February 4, 1735, Benjamin Franklin coined the famous phrase "an ounce of prevention is worth a pound of cure" when talking about the need for a better fire fighting service in the city of Philadelphia [ref]. In December 1736, a fire fighting service was formed in Philadelphia, and in 1752, Franklin's Union Fire Company, along with members of other fire fighting groups, formed the Philadelphia Contributionship, the first insurance company in the American colonies. Today, Franklin's proverb remains as valuable as ever. As shown in this article, a little bit of prevention, in the form of regular home maintenance and a good insurance policy, can go a long way towards preventing future losses.

For more information on homeowners insurance and related topics, check out the links below.

CLUE stands for Comprehensive Loss Underwriting Exchange, and is a program that has been raising some controversy in the insurance industry lately. Basically, it's an enormous industry-wide database that contains customers' claims and damage histories. Various insurance companies share this database and the information it contains about customers. Originally intended to watch for fraud and for customers with histories of filing many claims, CLUE is now being used against ordinary consumers as minor claims of water damage sometimes result in dropped policies. This database has also impacted the ability of some people to sell their homes as certain homes become "marked" by insurance companies. You can get a free copy of your own CLUE report from ChoiceTrust.