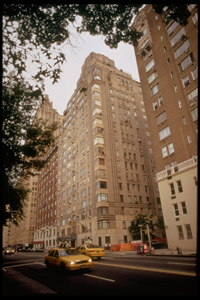 The Beatles' John Lennon belonged to one. Madonna was rejected by one. So was former President Richard Nixon. What are they? Housing cooperatives, known as co-ops for short, are highly common in places like New York City, but few people understand how th­ey operate.

With the surge in condominium ownership, many people have become familiar with how condo associations function. Co-ops share some of the same qualities: They contain multiple units of housing, are governed by bylaws and operated by elected officers and directors, and require occupants to share in the cost of maintenance and utilities in the form of monthly fees. But there are distinct differences, mostly pertaining to the nature of ownership.

When you acquire a home in a housing co-op, you don't actually buy real estate -- you buy shares in a corporation, whose only asset is the property. This corporation owns the home you live in; you own no greater part of it than any other member. You gain the right to occupy it through what's called a proprietary lease or occupancy agreement.

When you move, you sell your stock in the co-op. In some co-ops, you may have to sell it back to the corporation at the original purchase price, with all the stockholders sharing collectively in whatever profit is made when the shares (unit) are resold. In others, you get to keep the profits.

On the next page, find out what makes co-op ownership appealing to home buyers, and also why it can be hard to get into a co-op.

The Beginning of Housing Co-Ops

There are more than one million units of cooperative housing in the United States today, mostly in major cities. The first co-op was established on West 18th Street in New York City in 1876. They were originally called "Home Clubs" and were created to provide affluent people with the economies of home ownership without all the responsibilities.

What's so great about co-ops? 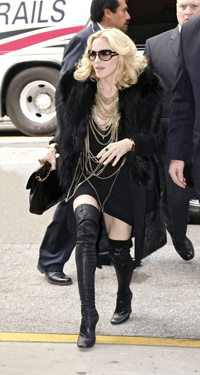 Would you want all these flashbulbs going off next door? Co-ops often reject celebrities.
Brian Ach/WireImage/Getty Images

One of the most attractive features of co-op ownership to a lot of people is its tax advantages. Payment of taxes for the building is shared by the entire co-op, so as a shareholder/tenant you don't receive an individual tax bill. Rather, your portion of the tax burden is included in the maintenance, or carrying fee you pay to the co-op each month. At the same time, you enjoy the same federal income tax deductions for your share as any other homeowner does.

While a condo owner can freely sell his or her home to anyone, the common-ownership element of a co-op means its bylaws usually require potential shareholders to be approved by the board of directors. That means the co-op gets a say about who can move into the building and who can't. (This can be a good thing if you're already a co-op owner, not so good if you're trying to get into one.)

The approval process includes a close examination of the applicant's finances. This doesn't necessarily mean you have to be rich; the board just wants to know that you are a responsible, gainfully employed person who pays your bills and doesn't default on your debts. This process may seem restrictive on the surface, but there's a good reason for it: If one tenant defaults on his or her part of the mortgage, maintenance and tax payments, all of the shareholders have to pay for it.

In a condo, if you don't meet your mortgage or tax obligations, liens are placed on your property, preventing you from selling it. But in a co-op you're a co-owner of your home, so all the other owners are on the hook for your failure to pay. If this happens, the corporation may be unable to shoulder the burden, and the property may be lost to foreclosure -- and all the shareholders' interests along with it. Now you can see why co-op boards carefully scrutinize prospective buyers. One bad shareholder can bring everyone down.

The board approval requirements also apply to tenants if you ever need to sublet your co-op. Some co-ops restrict subletting by placing time limits and other controls on it to preserve the integrity of the corporation.

Such scrutiny usually results in an overall high caliber of owner -- co-op shareholders are likely to be financially responsible individuals who adhere to the organization's rules and genuinely care about the best interests of the property and corporation. As a result, co-ops generally have low default rates and low turnover of occupants, another attractive feature of this type of ownership.

Read on to learn about more advantages of co-op ownership, and the different types of cooperatives.

Celebrities Don't Get It All

Think being rich and famous is a golden ticket to live anywhere you wish? Ask one of the mega-stars who have been given a thumbs-down by co-op boards worried about attracting unwanted publicity. Co-ops in New York City are notorious for turning down celebrity applicants. Madonna is among the many high-profile prospective buyers who have been rejected over concerns about paparazzi and fans disrupting the building's peace and quiet. 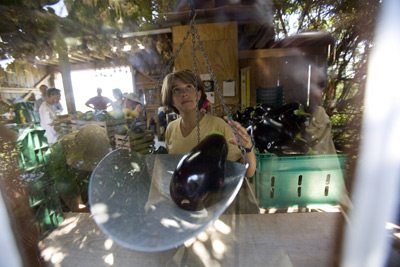 Not every co-op is urban. As concern about environmental damage has grown, some groups have founded co-ops such as the EcoVillage in New York, devoted to sustainable living.
Robert Nickelsberg/Getty Images

In addition to the tax benefits and low turnover rates, co-ops have other advantages:

So with all of these good things attached to co-ops, you're probably ready to run out and apply for one. Well, not so fast. First, you need to figure out what kind of co-op you're looking for. As described below, co-ops are not only for well-heeled Manhattanites. They're a concept that works for all income levels through their various types, and can be vehicles for economic development.

There are also co-ops designed for elderly residents, co-ops subsidized by the government and rural cooperatives designed to assist farmers. To find out more, just follow the links below.

Show Me the Money

Loans to purchase stock in housing co-ops are not much different from other home loans, only they are not called "mortgages." They are called share loans. The interest you pay on them is tax deductible to the same extent as any other type of home loan. Also, the same capital gains tax rules apply when you sell: As long as you have lived in the home for two of the past five years, the first $250,000 of profit is excluded from federal income tax.