How is NACA fighting to help borrowers?

The Neighborhood Assistance Corporation of America (NACA) works in a number of ways to enable people to own their own homes and improve their neighborhoods. They offer home loans and mortgages at affordable rates to eligible citizens, and they also work hard to identify, publicize and fight organizations who engage in predatory lending practices.

The NACA Web site lets you know clearly that their tactics are often aggressive and confrontational. They have been known to harass bank executives and their families, justifying their actions by saying that bank CEOs need to feel the same type of humiliation that can be caused by losing one's home to the bank. They interrupt shareholder meetings, hold demonstrations and engineer publicity stunts to raise public awareness about institutions that take advantage of prospective home owners by providing loans that can all too easily become unaffordable. Banks that have been subjected to this kind of treatment, or are threatened with it, are often forced to invest significant sums in more reasonable loans, to repay borrowers and even to support NACA's own home loan programs.

Some of NACA's success stories are in bringing 400 people who had lost their homes due to the loan practices of Fleet Bank and Fleet Finance to meet with the U.S. House and Senate Banking Committees. This, together with demonstrations and publicizing the personal phone number of the bank's then-CEO, led to Fleet providing some restitution to those who had lost their homes, as well as putting millions of dollars into affordable loan programs. NACA sent reports to the neighbors of First Union's CEO detailing the bank's unfair loan practices and publicly admonishing the CEO, who was known for giving preference to high-income customers. Eventually, First Union agreed to work together with NACA to provide more affordable loans.

Not everyone approves of NACA's tactics, but they have succeeded in helping many families, and in putting the issue of reasonable banking practices on the public agenda. 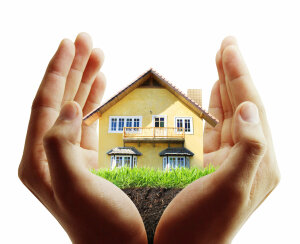 How Can You Become a NACA Member?