How do we rebuild communities in the wake of the foreclosure crisis? 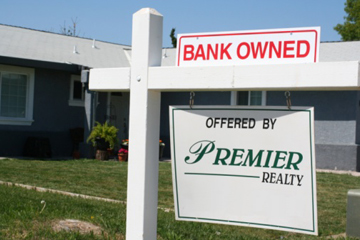 The U.S. housing crisis continues to rage on in the United States, with more foreclosures expected in 2012. Curious to learn more? Explore our recession pictures.
iStockphoto/Thinkstock

If you own a house right now, it's a good possibility that there's at least one bank-owned home in your neighborhood. For many of us, it's all too obvious. Maybe you witnessed the painful process of owners being evicted from their home. Or you've just seen the signs: a for-sale sign with a "bank owned" tag or an unoccupied house and yard slowly falling into disrepair.

Foreclosures don't just hurt the people who lost their home; they also hurt the community. They make the value of your house (which has probably already dropped) go down. The overgrown yard and peeling paint tell criminals that the house is abandoned, so it's an open invitation for theft of valuable items like copper wiring or for pure vandalism.

How did this happen? It's a long story, but here's a part of it. In the late 2000s, the economy in the United States entered a serious economic downtown (now deemed a recession by some economists). Lots of people got laid off or lost their jobs and were unable to pay their mortgages. Some of them probably shouldn't have been able to obtain a mortgage in the first place -- they didn't have the income to support it, or they had bad credit histories or other things that meant their mortgage was considered risky, known as a sub-prime mortgage. They had high interest rates and usually adjustable ones, at that. When the rates adjusted upward, the payments became too big to manage. If you can't pay your mortgage, your bank owns the house and you're out of there. Even worse, it turned out that some lenders faked loan paperwork or illegally handled foreclosure proceedings.

There were record high numbers of foreclosures in the past few years, so many that the banks couldn't process them all. And they weren't always able (or willing) to maintain the houses that they did own. Builders were also unable to complete the communities they were constructing. The result? Abandoned homes, partially-finished homes and people who bought into a brand-new community and found themselves marooned in a sea of empty lots.

As of this writing, reports indicate that a new wave of foreclosures, stalled by many of the issues we mentioned above, could occur in 2012. While we can't solve the country's financial crises, there are things we can do in the meantime to help rebuild the communities that have been hit by the foreclosure crisis. They fall into three main categories -- we'll start with trying to keep people in their homes.

I said in the last section that if you can't pay your mortgage, the bank owns your home and you get evicted. That's the basic gist of it, but there are sometimes things that you can do to prevent it from happening in the first place. One of them is a mortgage or loan modification. When you get a loan to buy a house, that's a legal, binding contract -- the lender agrees to loan you the money at specific terms and you agree to pay it back. But sometimes you can change those terms. If you can't pay your mortgage, sometimes lenders are willing to work with you. Maybe it's reducing the principal or the interest rate, or changing an adjustable rate to a fixed one.

The theory is that they'd rather gamble on getting more of their money back than foreclose -- especially since they'll be sitting on the property for who knows how long and at this point won't come close to getting what's owed on it. Other than starting with your bank, there are numerous government and private organizations to help people work out loan modifications. Getting a mortgage can be confusing enough -- figuring out how to modify it can be challenging, too. One example is the HOPE Now Initiative, a joint effort by the Federal Housing Commission, counselors and lenders to help homeowners modify or otherwise work out their mortgages to avoid foreclosure. There's also the federal HARP (Home Affordable Refinance Program). All of these programs require you to meet specific criteria, and critics argue that lenders and the government just aren't doing enough to help. Banks might not be willing to modify a loan because they think it sends the wrong message to people who are sticking to the original terms of their mortgage.

In addition to those groups, there are also non-profits and community coalitions to educate people about their legal rights during and after the foreclosure process -- including both tenants of rental houses that go into foreclosure as well as the homeowners. Project No One Leaves was started in 2008 by some students at Harvard Law School, and while initially based in Boston, they have some chapters and partner with other organizations. They've helped homeowners in cases where lenders illegally processed foreclosures -- some people had no idea that they couldn't actually be foreclosed upon and would've lost their homes without free legal assistance.

Unfortunately, there's not always a way to keep people in their homes. Once they have been evicted, there are still things that communities can do. It just depends on how invested you are.

Just as there were illegal practices happening with loans and foreclosures, there are also companies trying to take advantage of people desperate to modify their loans and avoid foreclosure. Often, these companies promise extreme results (like selling your house in a month and allowing you to walk away from your mortgage scot-free) and require a hefty fee to get the process rolling. Do your research and don't go further into debt -- there's plenty of free advice to be found. 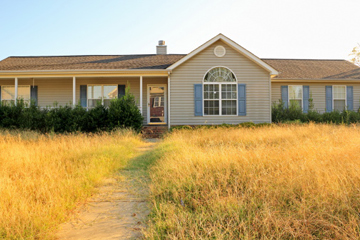 There was a time when everybody knew their neighbors. While that isn't always true anymore, many people do live in neighborhoods that have been around long enough to have a true sense of community, or have worked hard to foster them. If you don't know or care about your neighbors when they're there, then maybe you won't care once they're gone, either. Or you might think that there's not really anything you can do either way. However, a lot of communities around the United States aren't willing to just look sadly at that abandoned house and hope for things to get better. They take action.

If you live in a community with a homeowner's or neighborhood association, it's probably easier to do it, but individuals can do it too. Sometimes it's as simple as one person mowing the yard and trimming the bushes of the abandoned lot next door, or picking up the free papers that pile up at the end of the driveway. Associations may form a task force to organize clutter cleanups or even change out seasonal decorations to make it look like the house is still occupied. That might sound silly at first, but if you know that theft and vandalism is a real possibility, it can be a huge deterrent. Community members may also do the legwork to contact the lenders and call them to task to take care of the property.

Sometimes the neighbors are the ones who let the local governments know about abandoned properties -- they don't have the resources to keep up with all of them otherwise. That leads us to laws concerning abandoned homes. Plenty of places have them but don't have the resources to enforce them -- and that's where community organizations can come in, too. However, some cities have found the need to pass or tighten laws that make it very attractive for owners to keep their houses looking nice, even if those owners are banks. Some charge a special fee for abandoned properties, levy fines if houses fall into disrepair or even ban plywood on windows.

If you can't keep people in their homes, you can at least keep the homes looking good. That makes the neighborhood safer and makes those homes more attractive to potential buyers. Speaking of potential buyers, filling those abandoned homes should be the ultimate goal for any community. And it's not impossible.

If a house is owned by a bank and the bank already owns lots of other properties, why would they want to work hard to fill the house in your neighborhood? Because the proverbial squeaky wheel gets the grease. It's possible for community organizations and leaders to call or write lenders to find out the status of a property. They may be willing to reveal how much they'd like to get for the house and how they're going to sell it (if there's not already a sign). You could also try to convince the lender to list the house with a local real estate agent instead of a big national company, which might make it easier to sell. Gather up any information you can find about home sales in your area to bolster your case.

Project No One Leaves and other organizations have also pressured big lenders to sell properties to non-profit community banks, which in turn often mortgage them (at better terms) or rent them to either the current tenants or new homeowners. While the organization tries to stave off eviction, the bank works with the current homeowners to qualify them for a loan. Usually, you have to prove steady income and that you have a documented hardship that has made you fall behind on your mortgage. But if you're in this situation and qualify, the community bank will then make an offer to the original lender for the home. Then you get to stay in your house. Community banks or other local lenders may also offer very low-interest loans in communities that need serious revitalization to attract buyers.

We think of Habitat for Humanity as an organization that builds new homes, but it also has a Neighborhood Revitalization Initiative. It's designed to bring together communities, local governments, businesses, nonprofits and even churches and other religious centers. The idea is that you can't just rely on one of these groups to rebuild a community -- everybody has to work together. One part of the initiative involves rehabbing abandoned or foreclosed homes, getting them ready for prospective buyers. Everybody's a stakeholder. Businesses need new customers. The government wants the tax revenue, not another abandoned home on its code enforcement roster. And once the house is ready to go? Nonprofits like NeighborWorks America offer numerous resources to educate community organizations on how to market and sell properties and plan how they want to rebuild.

If there are foreclosed homes in your neighborhood, you can do more than just wait until things turn around financially. It'll not only help your community, but it'll also benefit you as a homeowner.

I'm just as guilty as anyone of living in my own little bubble, but it's impossible not to notice the impact of the foreclosure crisis when you see it on your own street. I've seen bank-owned homes in my neighborhood go for an amazingly small amount of money at auction. It's a tough pill to swallow when you're a homeowner who bought right before the housing bubble burst, but on the other hand, the new owners have generally maintained things nicely. It's good to know that people out there are pulling together and working hard to rebuild their own communities.