10 Benefits of Short Sale over Foreclosure

It can prevent a foreclosure. 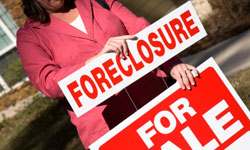 If you can short sell your home before it goes into foreclosure, your credit will take less of a hit.
©iStockphoto.com/fstop123

A foreclosure on a home adversely affects the homeowner in a number of ways, and it also has a negative effect on the lender and the housing market in general. The homeowner receives a mark on his or her credit that can make it difficult -- sometimes impossible -- to borrow money for another home, car or major purchase. This can essentially remove the former homeowner from the pool of large-purchase consumers, a key part of the nation's economic engine, for years. Banks nearly always lose money on foreclosures; between the lower sale price they receive at auction and the resources they must assign to administer the foreclosure process, it's rare for them to come out ahead at the end of a foreclosure [source: Experian].

The housing market also suffers from foreclosure, due to decreased home values. A 2010 report by the Federal Reserve Bank of Cleveland estimated that a foreclosed home not only dropped in value, but caused homes within a 260-foot radius to lose up to 1 percent of their value, as well [source: Hartley]. Foreclosed homes are less likely to be maintained and more likely to remain on the market for an excessive period of time, and they make it difficult for homeowners with good credit to upgrade into more expensive homes.

Therefore, if a foreclosure can be avoided, it's in the best interest of everyone involved.