10 Things You Should Never Tell the Listing Agent

by Matt Sailor
Prev NEXT
2 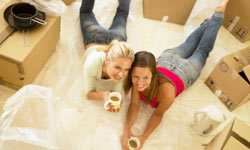 It's actually illegal to tell your agent you're interested in selling your home to only certain types of people.
Bananastock/Thinkstock

Federal equal housing laws were passed in 1968, in the wake of the Civil Rights Movement. Laws such as the Civil Rights Act of 1968 and the Federal Fair Housing Act of 1968 prohibit renters and home sellers from discriminating against individuals because of race, sex, religion and other factors. While it might seem unnecessary in this day and age to caution against discriminating against prospective buyers, it's easier for you and your listing agent to run afoul of these laws than you would think. For example, it's not a good idea to tell your agent that you would like to have only a churchgoing family, or a family with children, move into the house [source: Carr]. Religion and family makeup (whether a buyer has children) are two of the protected classes under federal law. If your agent tries to dissuade people from making an offer on those grounds according to your instructions, you could find yourself involved in a discrimination lawsuit. Other federally protected statuses include national origin and handicap. Some states have even more strict discrimination laws that may cover political party affiliation, sexual orientation, or groups of people that you might think your agent could weed out in a standard background check, like convicted felons and people receiving public assistance.