The Dirt on the Succulent 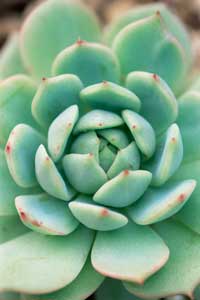 In the market for a succulent? Get some advice -- and don't make the rookie mistake of never watering it. Succulents know all about conserving water but they still need some from time to time, especially during their growing season.
John Glover/GAP Photos/Getty Images

Over millions of years, as the planet's land and climate have altered, so too have the plants that pepper that landscape. For example, millions of years ago, continents drifted and mountain ranges slowly rose out of vast prehistoric jungles, blocking air currents and altering the climate. Seasons developed, so did climatic belts. In many parts of the world, water gradually became a scarce commodity.

Succulents eventually rose to take over the wastelands where little else could live. They're champs at quickly gathering any water that comes their way, storing it for future use and protecting it from thirsty visitors.

A­lthough succulents can vary greatly in appearance, they share a number of basic fundamental characteristics. The most important of these is the succulent's ability to store water, from which its name is derived. Plants all have a certain degree of succulence. But succulents took this talent to new heights -- some can store years' worth of water in either their stems, roots or leaves for times of severe drought. Think of the wide stem of a saguaro cactus or the thick fleshy leaves of an aloe plant, and you're basically looking at an expandable botanical rain barrel.

But how are they going to collect any water in all those wild environments they inhabit? Many succulents have fantastic root systems completely specialized for their environments. In mountain regions, roots often dig down deep to harvest any subterranean water sources. But up on the plains, their roots are often broadly spread but incredibly shallow in order to catch any moisture that might lick the surface of the land, such as morning dew.

Plants wage a constant battle to get all the nutrients they need in order to function. Besides water, they also need sunlight and carbon dioxide for photosynthesis. The CO2 comes in through diffusion so most plants have a huge number of pores, called stomata, to coax it in. But at the same time the sun is providing them with the energy they need to perform photosynthesis, it's also evaporating water (a process that in plants is called transpiration) through the exposed stomata. It's a difficult tightrope to walk, so succulents have managed to get themselves a safety harness.

Most plant species are hardwired to open their stomata wide when they sense certain triggers like sunlight -- a bad idea for plants trained to carefully avoid any water loss. It does have the benefit of temporarily maximizing photosynthesis, but succulents just don't have that luxury, one of the reasons they're typically slow-growing plants. Succulents bypass this hang-up by opening their stomata at night, which decreases transpiration and retains precious water. This means they've had to develop a special type of metabolism called Crassulacean acid metabolism (or CAM). With the CAM method, plants can take in CO2 during the night and store it to use for photosynthesis the next day.

Another important difference? In regular plants the stomata are sized like dense freeways; in succulents, they're not more than sparse two-lane country roads. So not only do they open at more opportune times, they're smaller when they do. Thirdly, succulent stomata are less numerous and are sunk down deep in leaves and stems, usually protected by a thick outer skin and various other features such as waxes, resins, hairs and needles to further decrease transpiration and retain water.

We're almost there, but we still have a bit of evolving to do before we're full-fledged succulents. On the next page we'll find out other reasons why succulents grow so slowly and how they prevent themselves from becoming the desert's version of a drinking fountain. 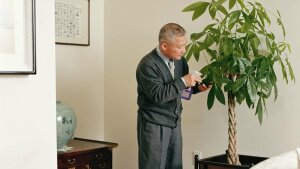 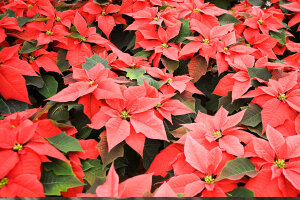