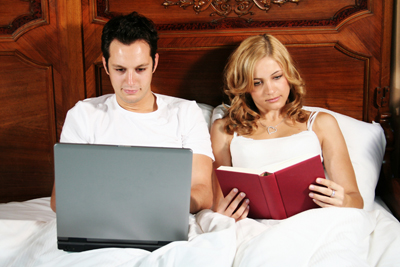 Home-based workers can often arrange their work schedule so they can work when they're most productive, resulting in happier employees.
© Photographer: Doreen Salcher | Agency: Dreamstime

Companies with telecommuting options can sometimes reduce overhead and real estate costs, given they have fewer employees to house. Fewer employees can mean reduced office stress and reduced stress on the resources there.

Workers like the option of working from home. The Wall Street Journal reported that a 2007 survey by Kenexa Corp., a recruiting firm, revealed 70 percent of workers took pride in working from home. The poll, which surveyed about 10,000 U.S. workers, also showed 73 percent of telecommuters were satisfied with their company, as contrasted by 64 percent of commuters. Some business leaders say this stems from the implicit trust employers show to their employees by allowing them to do their jobs without close or direct supervision.

Another major benefit telecommuting brings to employers and companies is the ability to keep a business functioning during or after a crisis such as a fire in the home office or major natural disaster. In the event the home office is without power or destroyed, telecommuting employees dispersed at remote locations can offer service continuity.

Now let's take a look at how much it costs a worker to actually go to work, instead of telecommuting to work.

First, the worker has to own a suitable business wardrobe. Even though telecommuters often must meet these same requirements, they sometimes don't dress in business attire for days at a time. This means, at a minimum, telecommuters have to own fewer business-style outfits.

Next is the commute. If the worker drives to work, you can include gasoline, car maintenance and depreciation. Sometimes road tolls are a part of the daily commute, as is parking and added insurance.

Many working couples also face the challenge of finding good affordable daycare for young children who must be looked after while they're away at work.

Commuting workers often find it difficult to eat breakfast at home or pack a lunch. Long work days can make it difficult to prepare an evening meal. It's easy to see how those who commute to work spend extra money eating out up to three meals a day.

In some cases, such as a worker who is transferred to another division within their company, telecommuting will allow a worker to keep a job without relocating.

Some even argue that telecommuting is a more environmentally friendly, or "greener" approach, to work. A 2007 study commissioned by the Consumer Electronics Association revealed a telecommuter used almost 850 gallons of gasoline less each year. The study also claimed that telecommuting saves enough energy to power 1 million households in the United States for an entire year [source: TechJournal South].

How do you convince your employer to let you work from home? Check out the next page for tips on telecommuting. 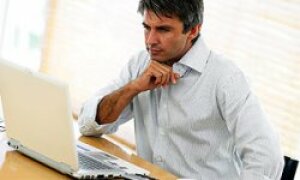 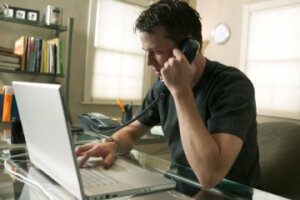 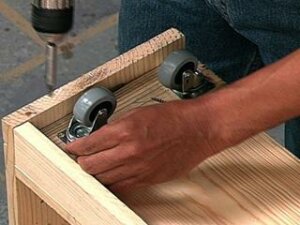