Browse the article 5 Reasons Why Your Air Conditioner Stopped Working 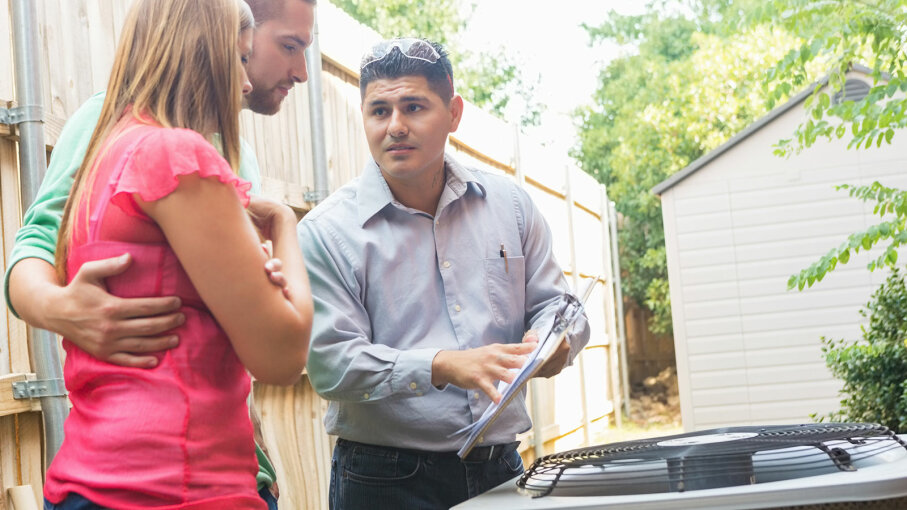 Diagnosing most AC problems is best left to a professional. Steve Debenport/Getty Images

It's strange to think that back in the mid-1960s, home air conditioning was such a luxury that only 10 percent of American homes were equipped with it. Some families in the South actually slept on their porches to cope with summer heat [source: Oremus].

Today, nearly everybody in the U.S. has it. Nine out of 10 American homes are now equipped with some type of air conditioning, and residential air conditioning accounts for an estimated 18 percent of U.S. annual household electricity use [source: EIA]. In 2013, Americans spent $7.2 billion installing or replacing central air conditioning units in their homes, according to federal census data. That was more than any other sort of home improvement, except for new kitchens and bathroom remodeling, according to the survey [source: Quint].

But now Americans are so accustomed to feeling chilled out that it's probably harder for them to cope with the heat when their home air conditioning systems stop working or only work partially. News reports suggest that air-conditioning repair services are continually busy fixing or replacing equipment for overheated homeowners. One Indianapolis-based repairman, for example, told a local TV station in May 2018 — a record-breaking hot month in that area — that he had been working six days a week, up to 14 hours a day, responding to calls for repairs [source: Houser].

Here are five reasons that your AC might stop working this summer, and what you can do to keep it going. 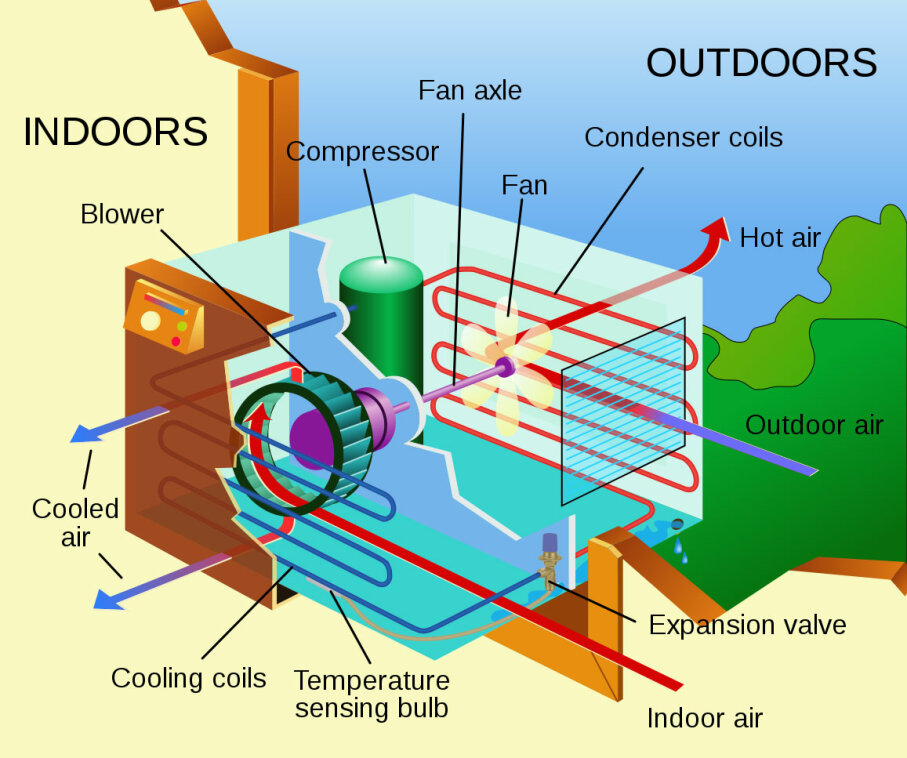 This diagram of an air conditioner unit shows both the inside and outside components. Pbroks13/Wikimedia/CCA License 3.0

An air conditioner's job is to get rid of the heat inside your home and bring in cool air, with the help of a chemical called refrigerant. AC systems have basically five components:

Air conditioning units have two parts: one inside your home and one outside of it. A fan in the inside unit blows air through the chilled evaporator coil, cooling your house, via air ducts. Meanwhile outside, the compressor, condenser coil and another fan vent the hot air coming off the refrigerant. The expansion valve regulates the amount of refrigerant moving between the evaporator and condenser coils.

Any of these components can experience mechanical failure. If the motor on your fan is not working, the outdoor unit can't get rid of the heat. If your compressor is damaged, the refrigerant can't circulate between the inside and outside units [source: Coolray].

Replacing some of these parts is very expensive (particularly the compressor) and may not be much cheaper than replacing the whole unit. Having a trained technician give your unit a yearly checkup should prevent premature mechanical failure.

"Residential central air conditioning units are extremely reliable, which is why homeowners often forget to perform routine maintenance on them," says Francis Dietz, vice president for public affairs for the Air Conditioning, Heating and Refrigeration Institute, says in an email. Nevertheless, these units "require attention for them to perform properly."

Which brings us to the second problem on our list. 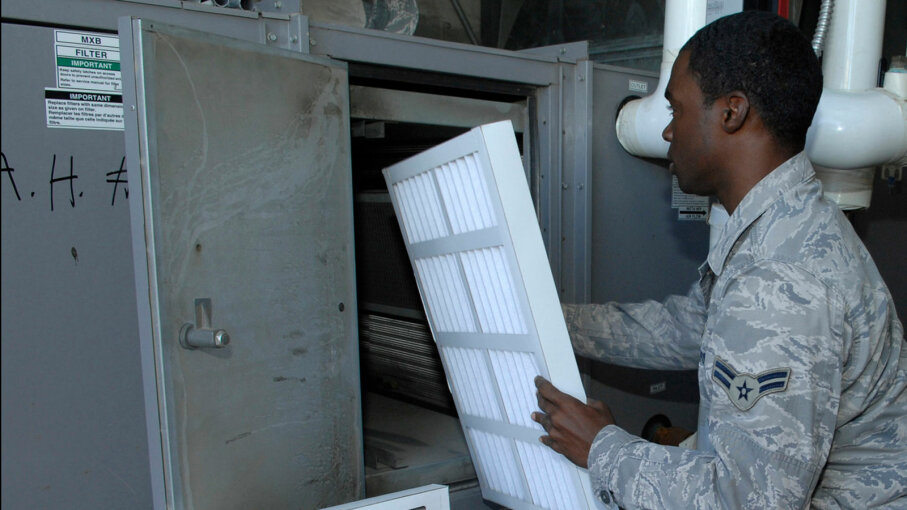 Dietz says failure to replace the air filter on schedule is one of the most common reasons that an AC unit will stop working. "Homeowners who ignore this basic task, risk at the very least make their unit work harder than necessary just to try and push the cooled air through a clogged filter," he notes.

"In extreme – but not completely uncommon – cases, a unit can be completely incapacitated and have to be replaced because the cool air, having nowhere to go, circulates back into the evaporator coil, causing it to freeze and fail," he adds. The evaporator coil is a network of tubes, filled with a coolant called refrigerant, that remove moisture and heat from the air.

A clogged filter hinders the flow of air through the unit, reducing its efficiency and making it tougher to cool your house. Consumer Reports recommends that filters on central air conditioning units be changed once a month, especially if you have the air conditioning running constantly, or have pets who shed fur.

To make it easier, Dietz says, many of today's advanced thermostats automatically notify homeowners of the need to replace a filter. 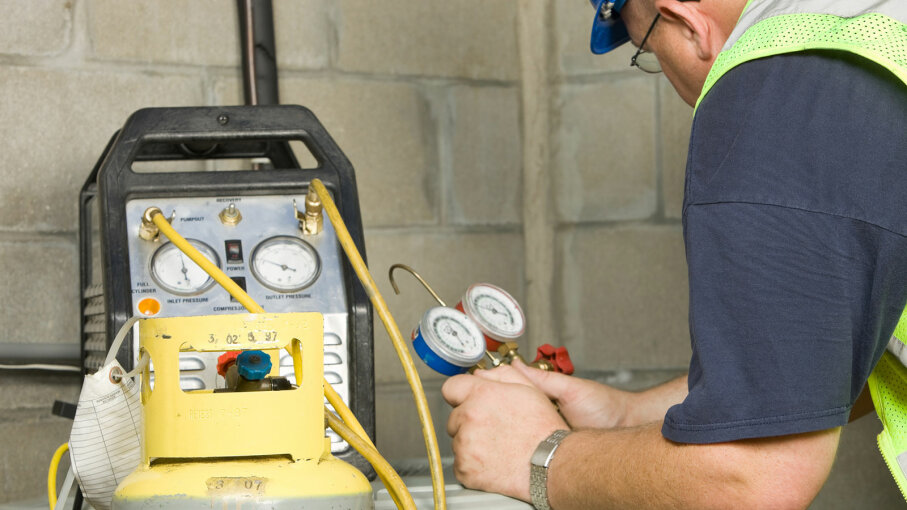 A service technician uses gauges, a recovery pump and a tank to remove refrigerant from a residential air conditioning system in preparation for servicing. BanksPhotos/Getty Images

Inside your warm house, cold liquid refrigerant evaporates on the evaporator coil, turning into gas. The hot refrigerant gas is then pumped outside into your system's condenser, where it transfers the heat to the outside air and reverts into a liquid again and the cycle continues [source: DOE].

There are two reasons why you would have a low level of refrigerant. One is that when the system was installed, not enough was added. But more likely, the level is low because your system has developed a leak.

Leaks are the cause of 90 percent of the cases of low refrigerant [source: ServiceExperts]. So, simply adding more refrigerant isn't going to fix things. Bring in a trained technician to find the leak and fix it. After the repair is tested, the technician can charge the system with the correct amount of refrigerant and your system should be set.

Nearly all current AC systems use halogenated chlorofluorocarbons (HCFCs), aka R-22 or freon, as a refrigerant but these are being phased out for environmental reasons. Between 2020 and 2030, ozone-safe hydrofluorocarbons (HFCs) are expected to become the norm [source: DOE].

The Outdoor Condenser Unit is Blocked 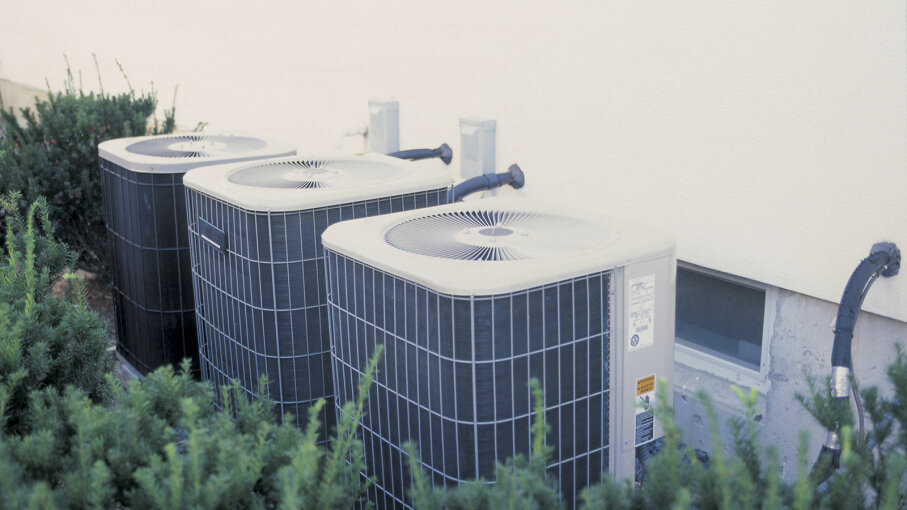 Shrubs should not be planted too close to your AC unit because they could obstruct air flow. Comstock/Getty Images

Careless outdoor landscaping and/or neglect of lawn care may be another reason that your house is so hot.

"Shrubs and other plant life can obstruct airflow to the [outdoor condenser unit], which relies on it for proper operation," says Dietz of the Air Conditioning, Heating and Refrigeration Institute.

If the condenser coil is covered with dirt or leaves, the heat transfer is impeded and the unit has to work a lot harder to do any cooling, leading to possible system failure [source: Rosone].

"Homeowners should take care to ensure a decent-sized berth around and on top of their outdoor unit and also periodically use a garden hose (not a pressure washer), to remove dirt and debris that might be caught in the unit's fins," says Dietz. "Lawn clippings and dirt kicked up by heavy rainfall are common culprits here."

The Unit Is Too Small or Has an Old Thermostat 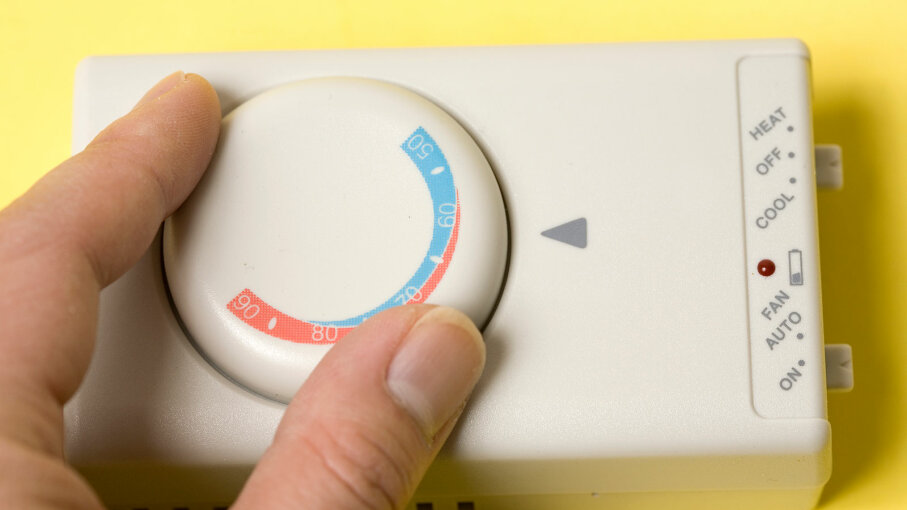 One big reason for malfunctions is that a lot of home air conditioning systems aren't installed correctly in the first place, says Todd Washam, director of industry and external relations for the Air Conditioning Contractors of America, a trade group that represents about 4,000 contractors across the U.S. and writes standards and manuals for the industry.

Washam says that it's crucial for installers to make careful calculations beforehand on how much cooling a home will need, and to make sure that the air conditioning unit is matched with properly-sized ducts. If the ducts are too small, he says, the unit will have to work harder to cool down the house. That, in turn, increases wear and tear on the components and shortens their lifespan. And if the unit itself is too small for the space, the house will never get cool enough.

Another problem can arise if your thermostat isn't correctly calibrated, particularly common if you have the old-school dial control version. If something is wrong with your thermostat, your air conditioner won't get the necessary instructions on how much to cool your house. Remedy the problem by either having the thermostat recalibrated by a technician, or replacing it with a newer programmable digital unit, which will be more precise and help you to save energy as well. Some of the new devices can even be programmed remotely using your smartphone or tablet, which is a nice convenience. 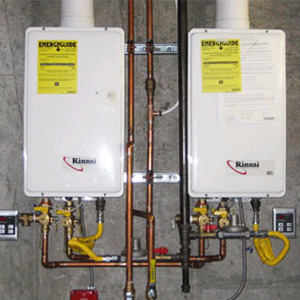 I've never lived in a home with central air conditioning, amazing as that may seem, so working on this article was educational for me.